This walking stick, sometimes called a shillelagh, an Irish walking stick or club, was donated to the UTSA Institute of Texan Cultures by an Irish immigrant from west County Meath, Ireland, who immigrated to Texas in the 1870s. The shillelagh is reputed for being a fighting club. As travelers in Ireland would use it defend themselves from bandits and thieves when traveling on the road. Traditionally, Irish walking sticks are made from Blackthorn wood, a very hard durable wood.

The walking stick itself is named after the Shillelagh Forest in County Wicklow, Ireland, which was once full of massive oak trees until it was cut down for wood exports. During England’s occupation of Ireland, the term shillelagh became common when referring to Irish walking sticks, as the name was applied to the sticks by an Englishman. In Ireland, it was considered a “badge of honor” to carry a shillelagh for an Irishman. For young boys, carrying a walking stick was a sign that they had entered into manhood.

The shillelagh is a focal point of Irish stick fighting, and part of Irish tradition and culture. The walking stick associated with Bataireacht stick fighting, a form of Irish martial arts, and is a common weapon used in Irish stick martial arts. During the 17th and 18th centuries, fights would break out between community factions that opposed each other. Factions would be formed for many reasons, ranging from family feuds, dowry payments, to inheritance disputes. As these fights broke out more often, stick fighting martial arts developed as walking sticks were used as weapons. Each faction had its own martial arts style, using code words if needed to keep their fighting style known only within their community. Irish stick martial arts is practiced today in Ireland, and across the world is certain schools, such as the I.S.F. WORLDWIDE (ISFW) Association.

As Irish immigrants came to the United States after the Great Potato Famine, these Irish-Americans became prominent advocates for independence of their home country. Under the influence of Americans ideals of freedom and democracy, Irish-Americans became active supporters of Irish independence from Britain, appealing to legal policies but also resorting to violent methods on occasion. As Irish-American fights broke out between factions in American cities, shillelagh stick fighting became associated with Irish culture during the late 19th century. 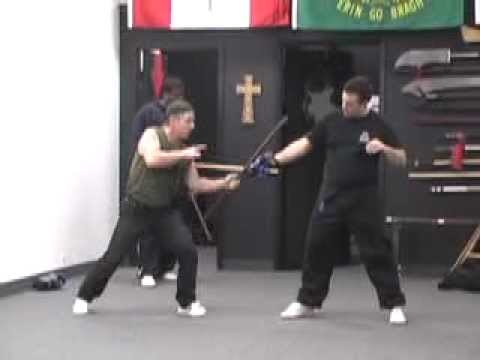 Click the video above to view a demonstration and clips of martial stick fighting. 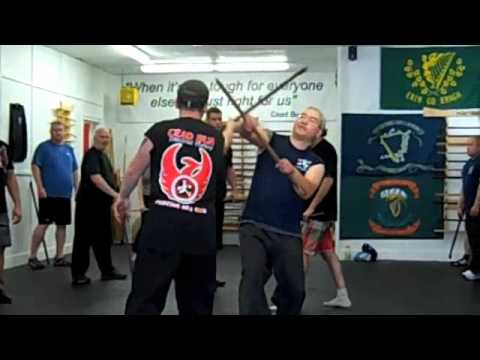 Click the video above to view a demonstration of Bataireacht stick fighting.