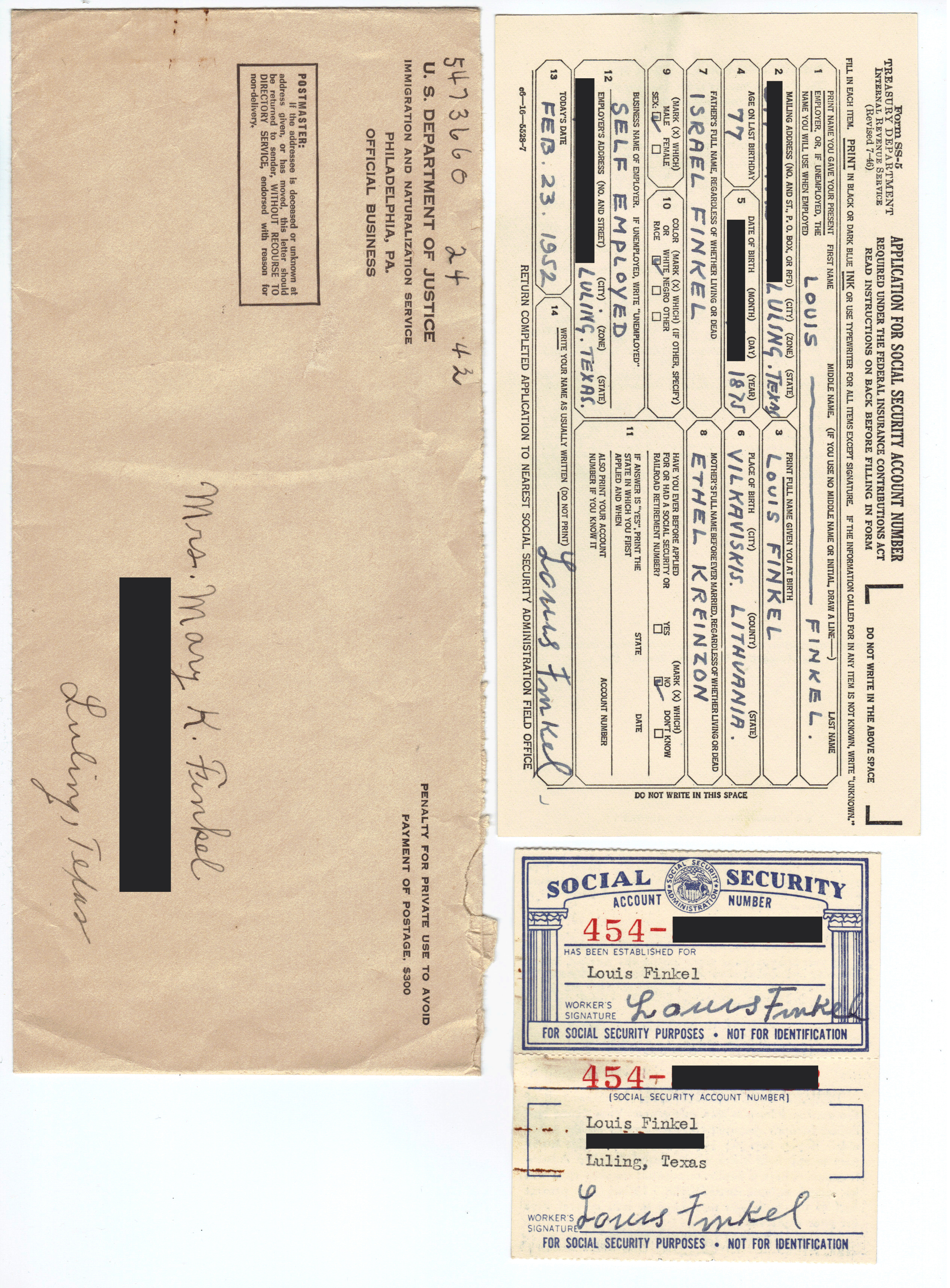 Every working legal resident in the United States needs a Social Security Card that contains a specific account number just for you. This number and document is used all throughout your life. It is used every time you obtain a job, receive benefits when you are older or disabled, and for other times when you are interacting with the government such as obtaining certain vital documents and when you need to accurately represent yourself.

There have been changes over time to the different styles and versions of the social security cards. Words, and also symbols for the Social Security Administration, have been added or changed throughout the years. This particular social security card is from the year 1948 and was different from the previous year because it had the 1946 version of the Social Security Administration seal added in between the words Social and Security. Prior to the year 2011, the numbers given to individuals for their social security cards were specific to where they were living, or where they filed for the cards. The process has changed to be randomized since then.

Social Security is a government program designed to provide aid and steady income to retirees and the disabled. It was first signed into law in 1935 with the Social Security Act. This was one of many programs enacted by the government to provide relief to American workers during the Great Depression. Following a stock market crash in 1929 many banks failed, causing businesses around the country to close and many to lose their savings and jobs. On top of these economic pressures the United States suffered a severe drought in the 1930s, known as the Dust Bowl, this drought made living and farming in the American plains virtually impossible and further increased the nation’s unemployment troubles. After taking office in 1933, President Franklin D. Roosevelt spearheaded a series relief programs, now known as the New Deal, to help people get back to work and encourage economic recovery. Some of these programs included the Agricultural Adjustment Act, the Tennessee Valley Authority Act, the National Industrial Recovery Act, the creation of the Works Progress Administration (WPA) and the Social Security Act of 1935. Social Security continues today and still offers a number of benefits to American workers, though it has been amended many times since its creation. These changes have provided benefits to surviving spouses and children, changed the retirement age, and changed the amount of taxes used to pay for the program.

Many families from different countries and cultures have migrated to the United States and Texas over the years. Texas is now made up of many different cultures from around the world. Germans, Mexicans, and Czechs, are a few of the groups that have come to Texas and built new communities. The Finkel family were some of these immigrants to Texas. Originally from then Russian controlled Lithuania, the Finkle’s first moved the United Kingdom before immigrating to Luling, Texas. They moved to Texas to join the emerging Jewish community in Luling, and went on to build a thriving business.