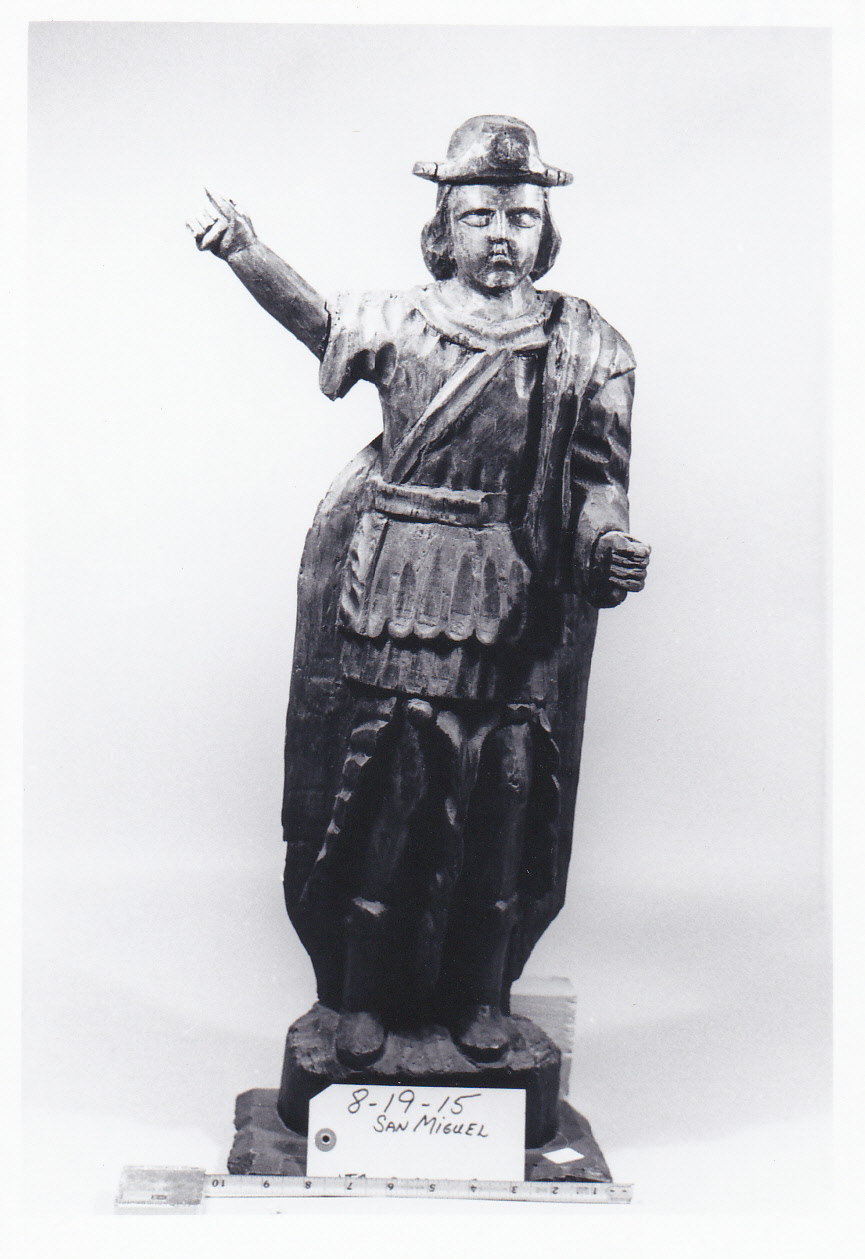 Michael the Archangel is primarily celebrated and revered in three religions in Texas and across the world: Christianity, Judaism, and Islam. He is known by many names, such as Saint Michael, Mikael, Miguel, Mika’il, Mikha’el, Beshter, or Sabbathiel; they all mean “He who is like God.” In the Christian bible, he is one of only a few of the archangels explicitly mentioned by name. He is depicted as a protector whose purpose is to eradicate fear and show the world peace. Often, his earthly mission is paralleled with Christ’s and he is usually illustrated with his sword of light used to slay dragons or demons. Catholicism reveres him as Saint Michael and predicts he will defeat the Antichrist in the end of times, as per Revelations 12:7, “And there was war in heaven: Michael and his angels fought against the dragon; and the dragon fought and his angels…” He is also depicted as the patron saint of police officers and rescue workers; other attributes include protecting those in vehicles, protecting belongings, spiritual protection, job protection, guiding one’s life purpose, and even repairing necessary items.

Jewish teachings hold that Michael was the archangel who first appeared to Abraham; other notable achievements include being thought of as the one who helped Moses receive the Ten Commandments and also for helping to save the lives of Isaac and Jacob. In Islam, he is referred to as Mīkāl and is depicted as the archangel who was so shocked by the sight of Hell that he was never able to laugh again. He was also one of the first angels to worship Adam when God commanded them.

Sculptures of this type are sometimes referred to as Santos, particularly in areas of Latin America, the southern United States, and the Caribbean islands. Santos are wooden sculptures of religious figures and were brought to the New World by Spanish colonists in the 16th century, who used the small statues to aid in converting native peoples to Catholicism. Religious imagery and icons were crucial for the conversion process since they were able to overcome certain language barriers between the indigenous populations and the Spanish colonists. In recent years, a tourist industry has emerged in the making of Santos statues. The artists who carve these traditional figures are called santeros, or “saint makers.” Traditionally, these types of religious figures would be prominently featured in Catholic households and are typically carved out of cottonwood root, aspen or pine.