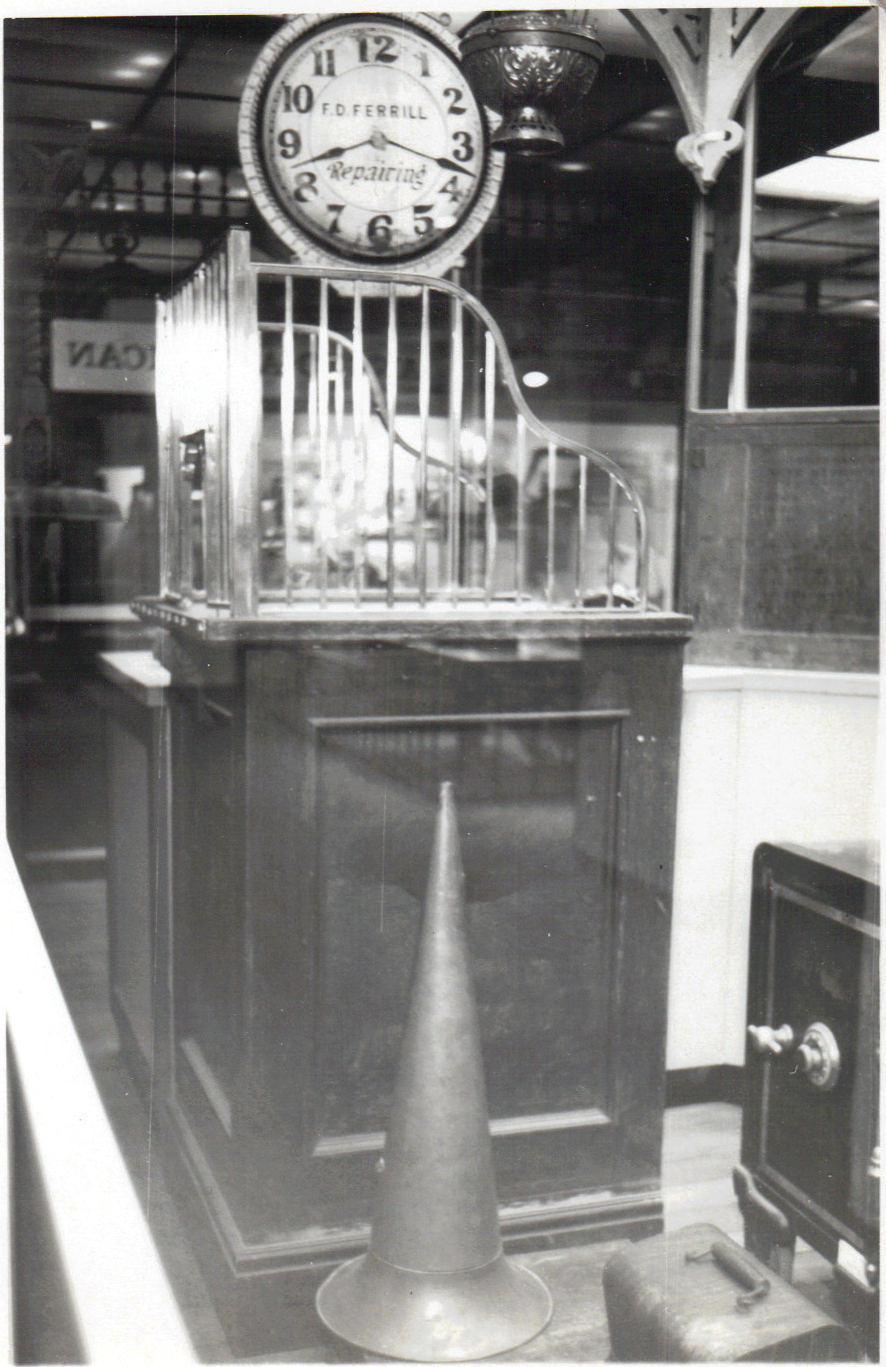 The teller’s cage at the UTSA Institute of Texan Cultures would likely have been used in a bank lobby, connected to several other teller cages. The teller’s cage is made up of two parts. The bottom part resembles a wooden podium with drawers and a cupboard. The cupboard is equipped with a latch for the teller to keep bank notes, money, or other small items. The cage portion of the object is made of a metal frame that is meant to protect the bank teller. It leaves only a small opening through which to pass money or other small items to customers.

The first bank in Texas, the Banco Nacional de Texas, was founded while Texas was still a part of Mexico, and Mexico had only recently declared its independence from Spain. Before the first bank, Mexican officials were paid in gold, silver, or specie (coin money which was transported from San Luis Potosi, the nearest depository of the treasury for the Mexican government). These payments were shipped from Mexico. Sometimes the payment shipments were delayed due to unsafe travel conditions. During these long periods between paydays and shipments, Mexican troops and families relied on local merchants to supply them with goods by creating credit. Credit, at that time, was a trust between a creditor or lender and a borrower who was to pay back the creditor when resources or money became available. The Governor of Texas, Jose Felix Trespalacios, decided to establish a national bank to remove the credit system and remedy the long delays between shipments and payments of Mexican officials.

Copy of a portrait of Agustin I, Constitutional Emperor of Mexico, made for the Iturbide Gallery (current Ambassador’s Hall) at the National Palace. Image via Wikimedia Commons.

Governor Trespalacios wanted a Mexican banking system that was backed by specie and could issue loans, regulate gold and silver, pay its troops, and free the people of creditors. Feeling confident, Governor Trespalacios issued a decree on October 21, 1822 to establish this bank without authorization from Mexico. This bank, Banco Nacional de Texas, was to be the first national bank west of the Mississippi and the first institution of its kind in Mexico. In his decree to create the bank, Trespalacios also cleverly stated that its creation was subject to the ultimate approval of the Government. This plan eventually reached the emperor of Mexico, Emperor Agustin de Iturbide, who approved the decree. He gave the decree a national application and incorporated the plan into an Imperial Decree on December 29, 1822. The national treasury in Mexico City issued four million dollars in paper money to the bank, thus officially establishing the first bank of Texas. In 1959 the Banco Nacional de Texas, known as the First National Bank, was sold by the Beretta family and dissolved.

Following the establishment of the first bank in Texas, was the introduction of many famous Texan bank robbers. Two of the most infamous are the romantic and ruthless pair of Bonnie Parker and Clyde Champion Barrow. The couple is known for their violent string of bank robberies during the Great Depression, some of which resulted in murder. However, the amount the couple stole never actually exceeded $1,500 at a time. The couple traveled throughout Texas, Arkansas, Oklahoma, New Mexico, Missouri, Kansas, Iowa, and Illinois. Along their travels, the couple robbed, kidnapped, killed, and helped in the escape of prisoners from a Texas prison. On May 23, 1934, the couple drove into a trap set by the police that was near their hide-out in Black Lake, Louisiana which ended in their deaths. Their bodies were displayed in Arcadia, Louisiana and then eventually taken to Dallas to their families. 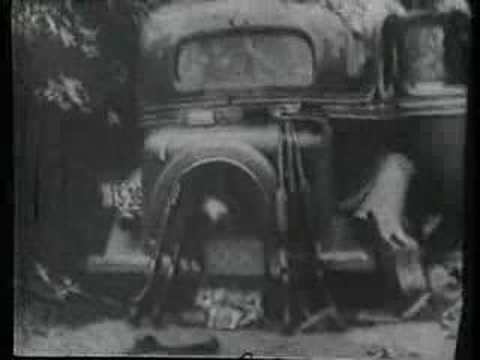 Click the video above to view the death scene of Bonnie and Clyde.