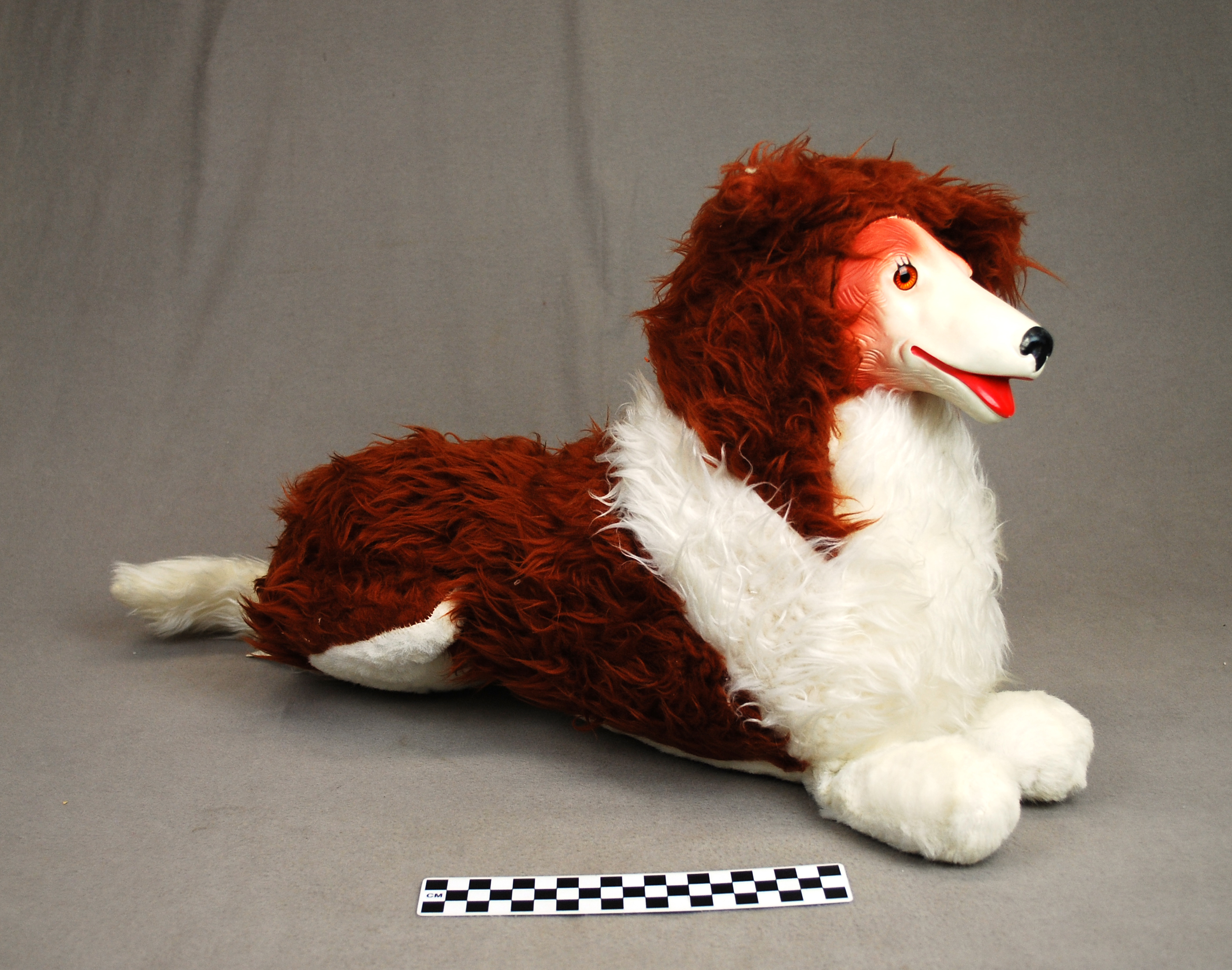 Just as there are human celebrities, there is also animal celebrities. You may have heard of the animal celebrity depicted by this object. This artifact at the UTSA Institute of Texan Cultures is a stuffed animal toy from the 1950’s that represents one of the most famous animal stars of all time: Lassie!

Lassie is the name of a fictional character that was created by Eric Knight for his short story “Lassie Come-Home” published in 1940. The story was first published in 1940, and chronicled the journey of a lost dog traveling hundreds of miles across the United Kingdom, sometimes over rough terrain to be reunited with her family. Lassie is portrayed in the book and subsequent media as a rough collie, a herding dog breed known for its loyalty and devotion, intelligence, and long fur. A collie with short fur is known as a smooth collie.

What is Lassie famous for?

“Lassie Come Home” won the prestigious Young Reader’s Choice Award in 1943. That same year, the first film based on the book was released in the United States. A story of Lassie has captured the hearts of children and adults alike and still remains popular, 75 years later. In total there have been eleven films, five live action television shows, three animated television shows, a radio show and even a Japanese manga spin-off. The Lassie character became extremely popular during the original television show titled Lassie which debuted in 1954 and continued until 1973! It was during this time that the name Lassie became a household name.

Due to the immense popularity of the show Lassie memorabilia popped up in the form of books, comics, cards, magazines, clothing, accessories, “autographs” in the form of a paw print, photos and limited edition dog supplies. These items have now become prized collectibles for super-fans of the show and the story. Lassie even has an official fan club that’s still going strong!

Who played the character Lassie?

Though the character of Lassie was a female collie, the dog who portrayed the character was actually a male collie named Pal. Pal lived with his owner and Hollywood dog trainer, Rudd Weatherwax. Pal starred as Lassie in seven franchise movies and two television episodes. When the Lassie show started airing on television in 1954, Pal retired comfortably from show business and was very happy to let his son, Lassie Junior play the part.

— By Caira Spenrath. Edited by Joscelynn Garcia.
Additional Resources
Back To Collection Blog
Join Our Newsletter!
Get the latest news & updates about ITC.
Sign-Up Today!