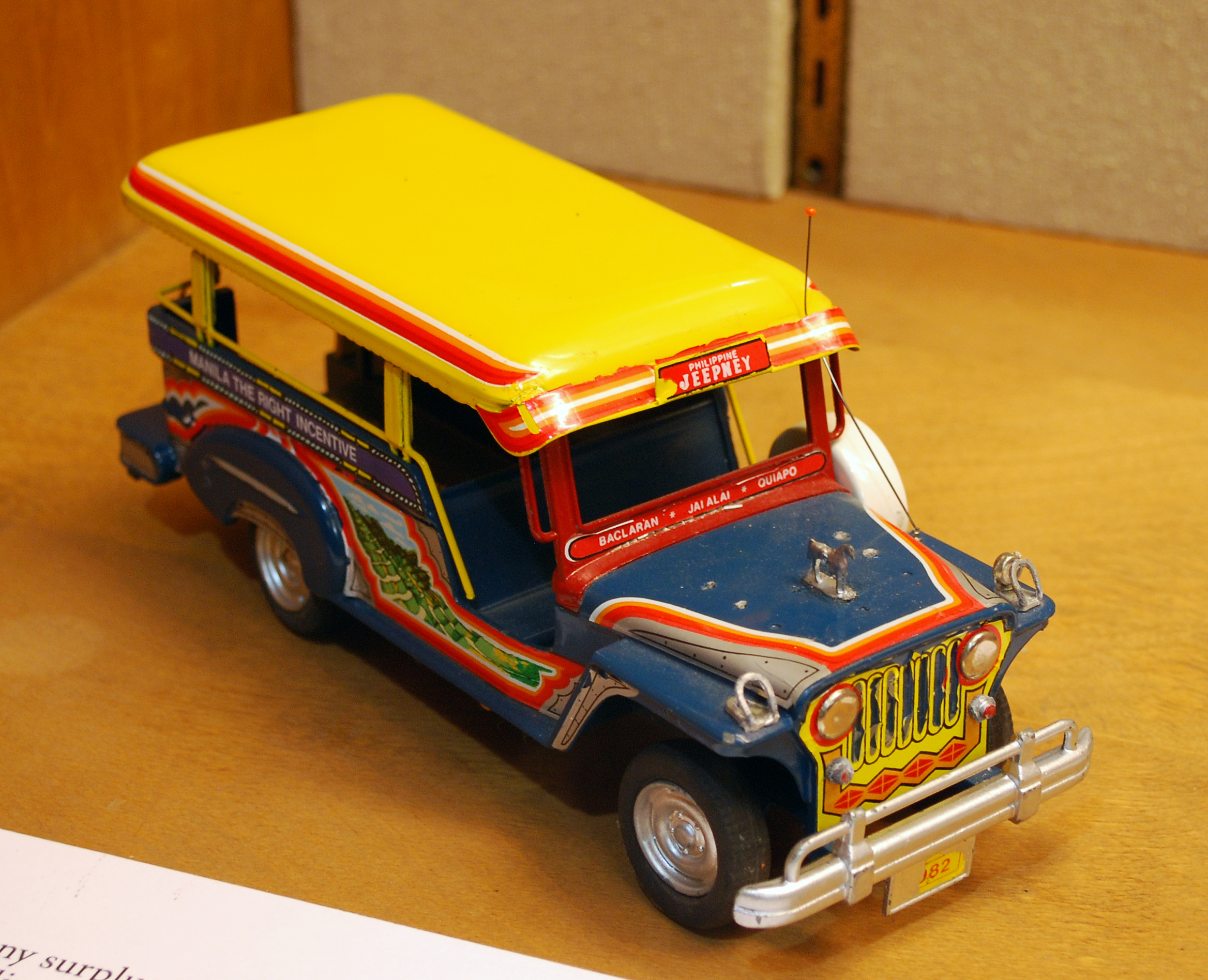 This is a toy bus that is modeled after a Filipino Jeepney which is a mode of public transportation in the Philippines. The bus is made out of tin and is painted in bright colors. The bus has rubber tires and the wheels turn. On the side of the bus there is a painted sign that says “Manila: The Next Convention Bureau.” On the front of bus there are signs that read “Philippine Jeepney. Baclaran – Jai Alai – Quiapo.” There is also a small license plate attached that reads “1982.”

The Jeepneys got their start in the Philippines after World War II when the United States military left their surplus jeeps behind. The locals converted them into buses which became a primary mode of public transportation. The Jeepneys are decorated with bright and vibrant colors and have different hood ornaments on them. They are one of the cheapest ways to get around the towns of the islands.

The drivers of these vehicles must have a special license and they purchase a permit for a specific route. While there are licenses and permits that must be purchased there is no corporation in charge of the Jeepneys. Each Jeepney is owned by its driver, though there are a few instances of one operator owning a few Jeppenys, but this is not the norm. Because there can be multiple Jeepneys on the same route, this causes competition between the drivers to get as many customers as possible. This is beneficial to the passengers because with the high level of competition there are deals offered and most drivers are willing to pick you up from your doorstep just so they can get your patronage. Because of so many Jeepneys though there is a great deal of congestion in the city and so while it may be the cheapest way to get around, it may not be the fastest way.