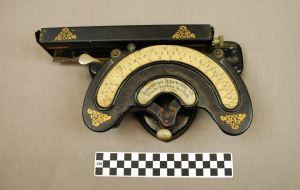 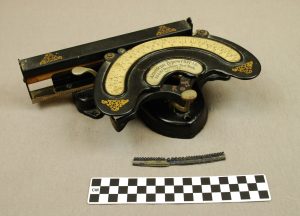 This style of typewriter would eventually die out as more user-friendly, faster versions came about. Electric typewriters emerged during the 1920’s, but by the 1970’s the typewriter was becoming a machine of the past. The images of offices filled with women clicking away on the keyboard and the distinct sound of the keys striking the paper and the bell ringing when you have come to the end of your line is slowly fading away. These once noisy machines have been replaced by the more quieter and versatile computer. Today, some people like musician John Mayer do still prefer to use a typewriter. He likes how he is not interrupted by spell check or grammar suggestions. He states that he likes to see his mistakes. He can see his brain working through his writing process. It is not just musicians, but actors like Tom Hanks have kept the nostalgia alive. Tom Hanks personalizes his notes by typing them from a typewriter. There is a renewed interest in using typewriter especially with busking street poets. They can set up shop on a random street and share their words with others. Sometimes taking requests to add that artist element to a love note or thank you note. Though not as portable as the more modern computer or iPad. It is still nice to hear the nostalgic clicking sounds of the once beloved typewriter. [Marisol Martinez, edited by Kathryn S. McCloud]