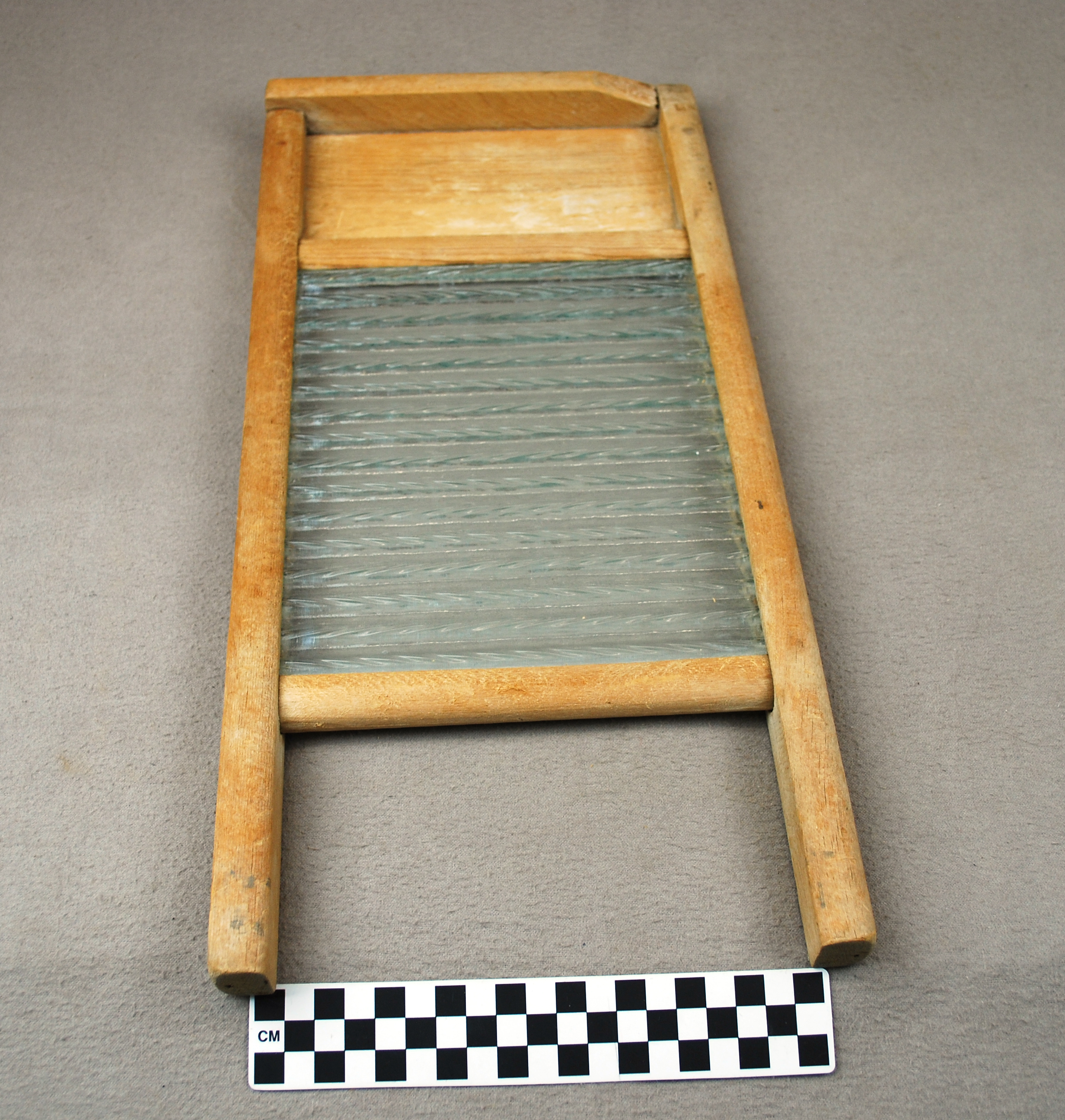 Woman plunges and scrubs. Photo by the Rural Electrification Administration, via Wikimedia Commons.