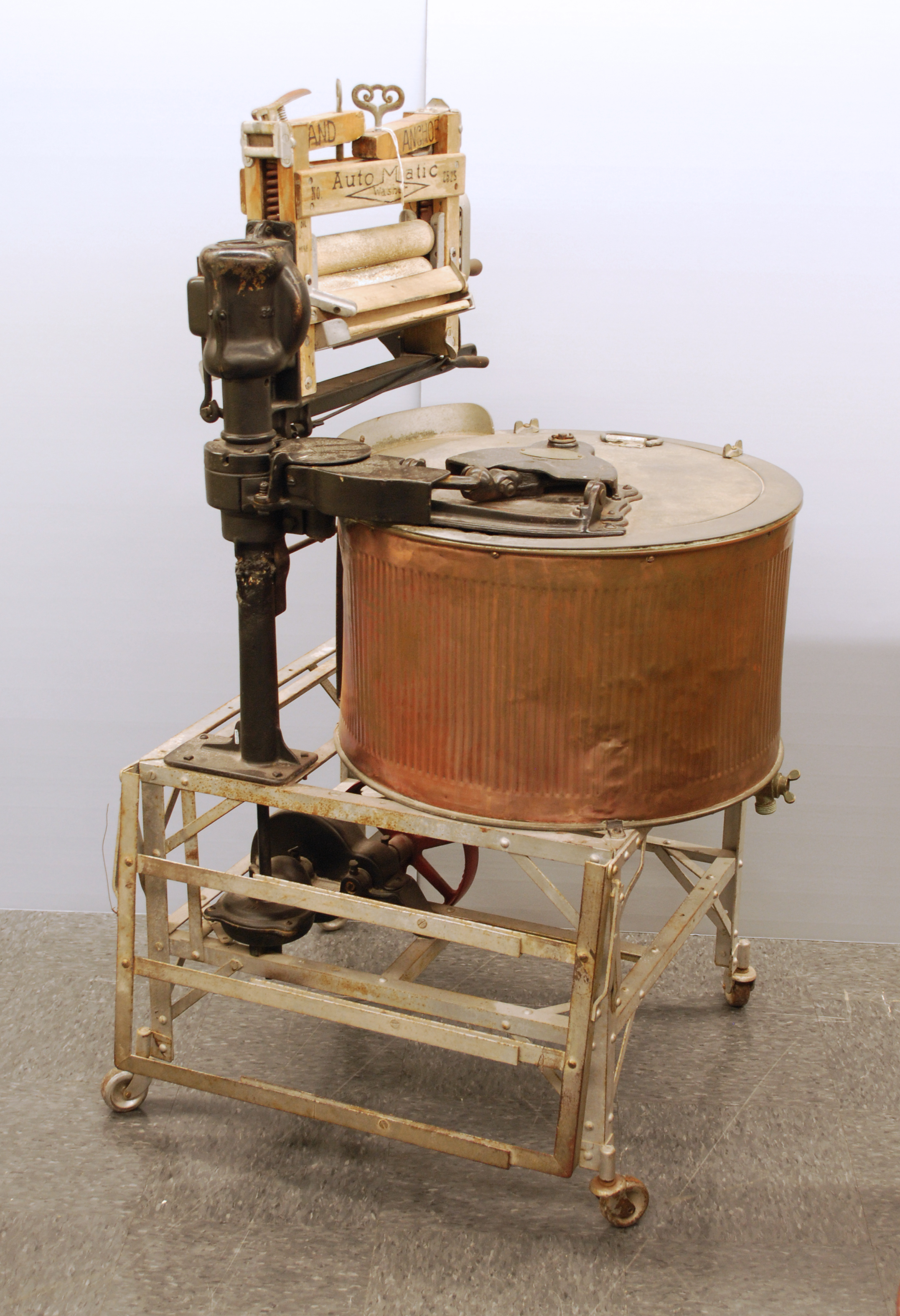 Before automated machines, clothes were typically washed in natural bodies of water, or in basins, with the assistance of a washboard or hand agitating device, like a washing plunger. Hand washing often used hot water, harsh cleaning chemicals or primitive soaps to get the fabric clean.

Heading into the late 19th century, there were a wide variety of machines, mostly hand-powered, with agitators that replaced scrubbing and wringers/mashers. These machines decreased the labor involved in getting clothes clean. While these early machines were easier to use, they came with their own safety risks. The earliest powered machines involved simply hooking up a motor to a hand turned washer. The action of the machine and the wringers, especially when powered could snag skin, hair and clothing and cause injury.

The following video shows a variety of early manually powered washing machines and demonstrations of how they worked.

It is unclear who the truly invented the first electric washing machine, but some of the first known models were produced in 1907 by Orlando B. Woodrow of the Automatic Electric Washer Company. By 1910 they were selling more than 40,000 machines a year with a corporate slogan “Everybody Works but Mother.”  Its advertising campaign declared “Ten O’clock and the Washing Done.”  Part of the story behind that slogan reportedly claims that Woodrow’s wife would call him home at 10am every laundry day to run the hand-operated washer. In order to get out of this chore he invented a way to motorize the machine so that he did not have to do the work.

The following video shows a variety of early electric washing machines and demonstrations of how they worked.

Some say the washing machine helped to liberate women however others have suggested that many of the time-saving devices benefited the men more by freeing them from helping with laborious tasks like hand-cranking a washing machine. This also meant that women had more time to do more chores in a day. What do you think?

Cowan, Ruth Schwartz. 1983. More work for mother: the ironies of household technology from the open hearth to the microwave. New York: Basic Books.

______, 2009. Who Invented the Electric Washing Machine? An Example of how Patents are Misused by Historians.