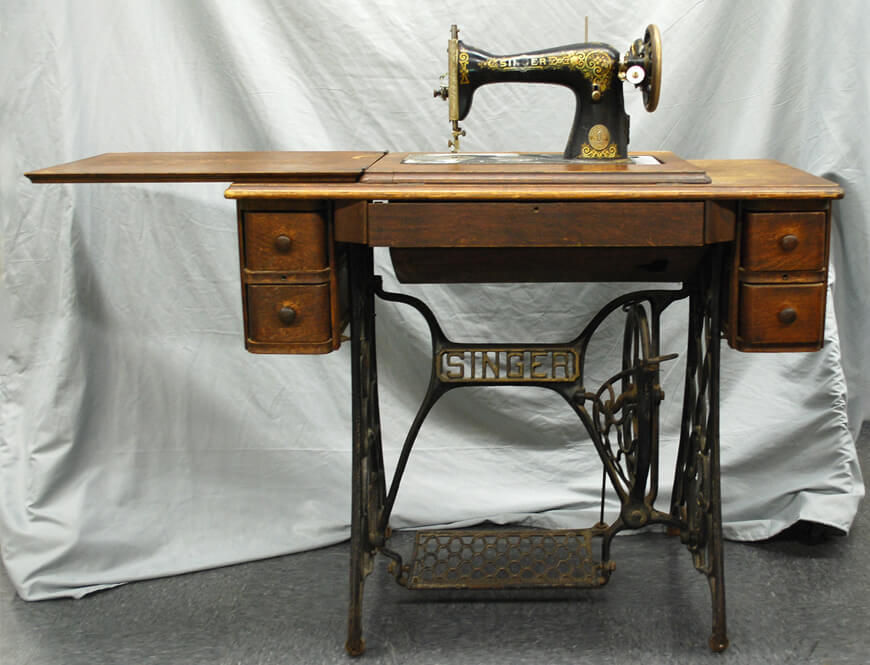 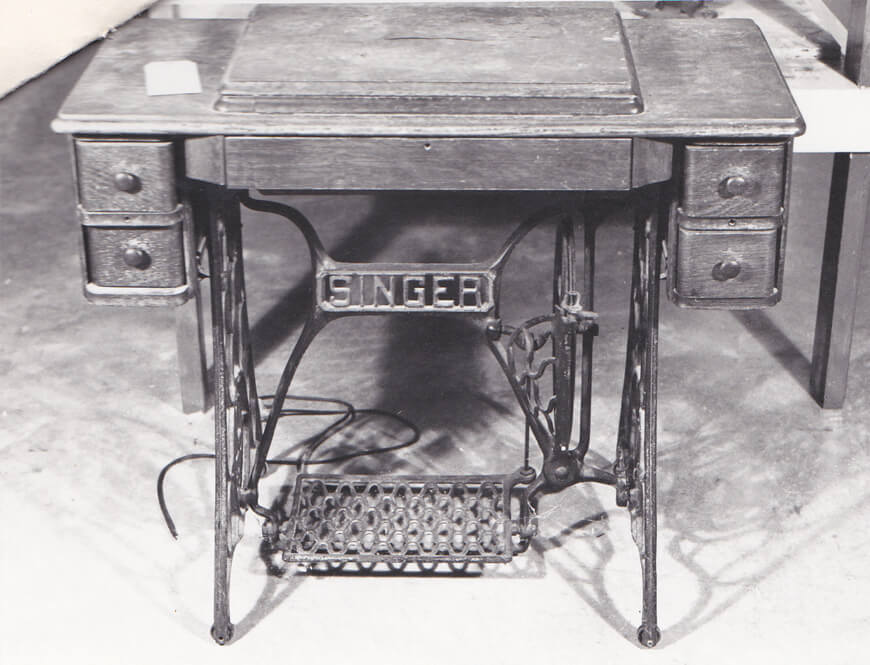 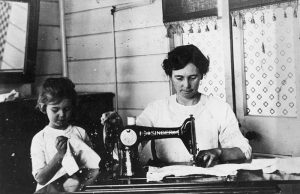 Violet’s daughter, Ailsa Trundle is working on a small sewing project beside her mother.
Image from State Library of Queensland, via Wikimedia Commons. 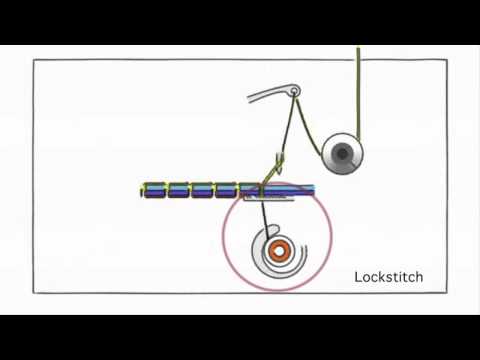 Click the video above to view a Sewing Machine Anatomy.