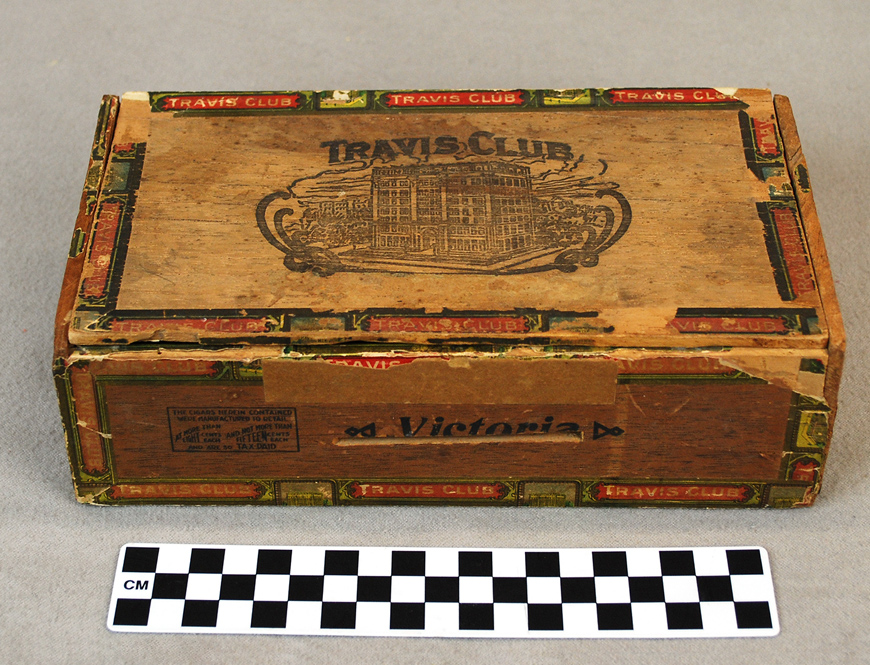 This cigar box in the Institute of Texan Cultures collections was for a private blend of cigars, made especially for the exclusive Travis Club in San Antonio. They were produced by the Finck Cigar Company in San Antonio, Texas.

In an interview conducted by ITC, the grandson of Mr. Henry Finck, Bill Finck speaks of the history of his family and the formation of the cigar company. Mr. Ryan Finck, the great-great grandfather of Bill Finck came to San Antonio from Germany where he published a newspaper both in English and German. Following an outbreak of cholera, Ryan Finck and his family (including Henry) moved to New Orleans in 1856. However, when they landed there was an outbreak of yellow fever running through the city. The family stayed in New Orleans until Henry made his way back to San Antonio in 1893.

While living in New Orleans, Henry learned about tobacco and the many diverse cultures in the region. When he returned to San Antonio in 1893 it wasn’t for business purposes but because he was diagnosed with tuberculosis and was told that the dry air and gulf breezes in Texas would be good for him. However, he eventually discovered that he had been falsely diagnosed with tuberculosis and he recovered from whatever illness he was suffering from in New Orleans.

With a loan of $1000 he started his own cigar business with a shipment of tobacco sent from one of his former employers in New Orleans. Back then the cigar business was booming in San Antonio and he was just one of several cigar manufacturers starting up in the city. As his business grew he obtained his tobacco from Connecticut, Cuba and South America. The Travis Club blend was made exclusively for the local men’s club and contained a mixture of several types of tobacco from different locations. The club building is featured on the cigar box both on the lid and on the inside. The club was started in 1909 and was the old Elks Club but was transitioned into the Travis Club. The club was located on the corner of Pecan and Navarro St. across from the St. Anthony Hotel. 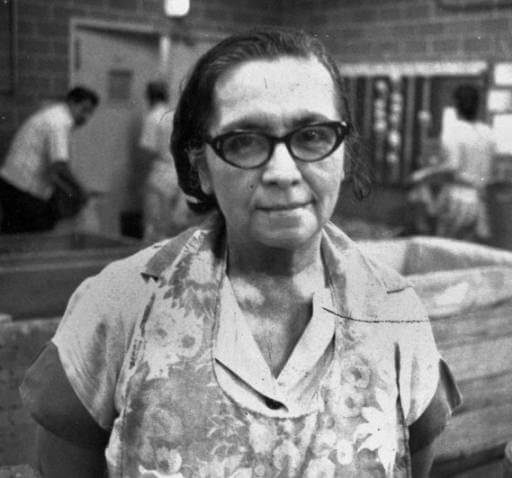 According to the Finck Cigar Company website, the Dominican blend of the Travis Club exclusive cigar is hand rolled by only the most beautiful of Dominican women. It is considered a privilege to be chosen to roll these fine cigars. Many of the employees have worked for the company for almost 70 years, including Liberata Fernandez who worked with the company for 86 years and Rafaela Sanchez who worked there for 72 years.