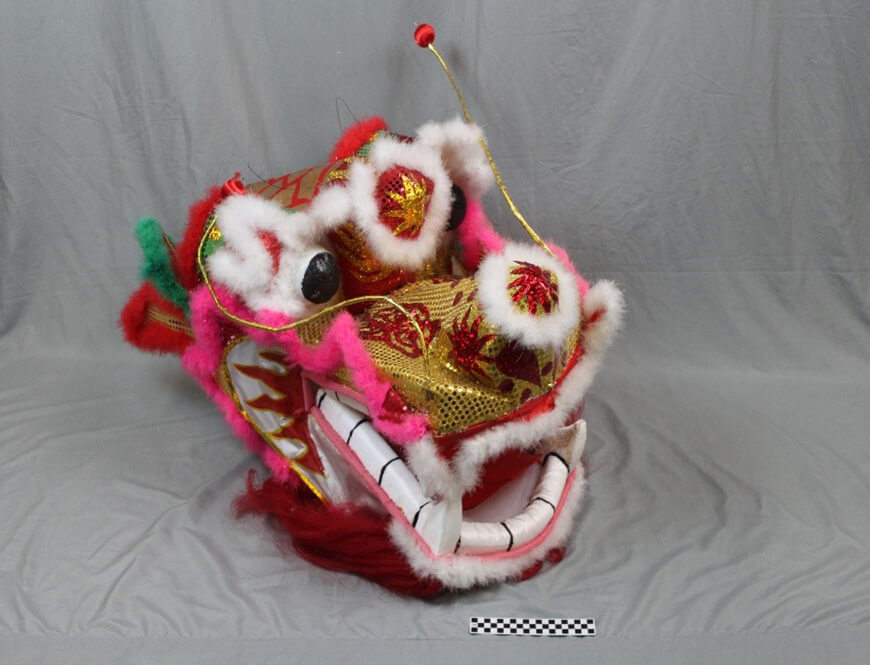 Dragons appear in multiple cultures around the world. Though their appearance, meaning and significance varies between cultures, humans remain fascinated with the mythical creature. Western dragons from European myths typically have four legs and large wings. Quetzalcóatl from the Aztec culture is depicted as a double headed serpent without legs or wings. East Asian dragons usually have four legs and no wings, but the number of claws on each foot varies between cultures. Chinese dragons typically have five claws, whereas Korean dragons have four and Japanese dragons have three.

The exact date of origin for the Chinese dragon is unknown, but the word for dragon, 龙, lóng has been around since the Bronze Age. Dragons are highly revered in Chinese culture and symbolize imperial rule. The creature appears in many works throughout Chinese history: books, poems, paintings, clothing, weapons and statues.

The emperor’s clothing, his consorts’ garments, and the clothes of other court members were often adorned with intricately embroidered dragons. The Emperor himself was sometimes known as the Dragon.

The Chinese New Year, also known as the Lunar New Year, follows the Lunar Calendar. The festivities include family gatherings with food, and offerings to honor ancestors. The first new moon begins the new year, and it falls somewhere between late January and early February. The festivities span two weeks, concluding with the Lantern Festival on the first full moon of the year.

The dragon props are part of a dragon dance, orchestrated by a group of people holding the dragon up on sticks. One person leads the dragon using a ball called a dragon teaser. China holds dragon dance competitions every year. In San Antonio, the Institute of Texan Cultures’ annual Asian Festival features a dragon in its opening parade and later performances through the day.