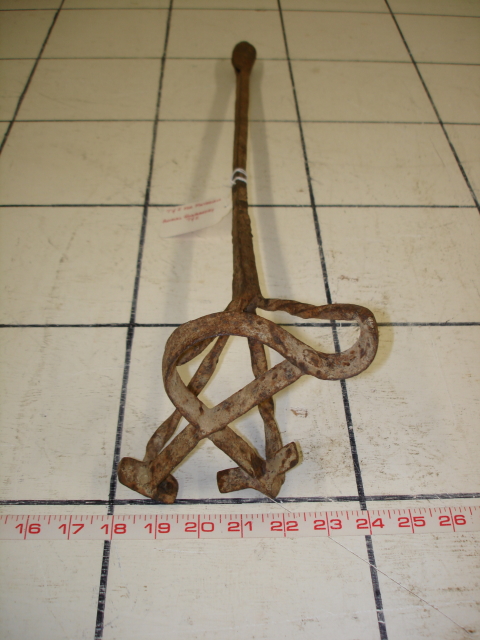 Branding iron designs are decided upon by the rancher and are typically read from top to bottom, right to left or outside to inside. In the cattle driving era, cowboys carried small brand books that were filled with all of the brands of local herds. These brand books assisted the cowboys at roundup time in returning stray or stolen cattle to their owners. Once government regulations gained stronger footholds in the West, ranchers filed their brands with their county land offices and courthouses. Today, branding iron designs used in the United States must be legally registered. Modernization of the cattle ranching industry has resulted in the abandonment of traditional branding irons, like the one from La Sirena, in favor of electronic ear tags.

Cattle ranching has played a major role in Texas’ economy since the 18th century when herds were brought into the San Antonio and Goliad areas to feed missionaries and soldiers. After this period, cattle ranches became privately owned enterprises. By the early 19th century, cattle ranches were widespread in Texas which was, at this time, part of Mexico. By 1836, Texas gained its independence from Mexico and claimed the herds of cattle that remained on their land. Texas has since had larger numbers of cattle than any other state (the all-time high was nearly 11 million head of cattle in 1968).