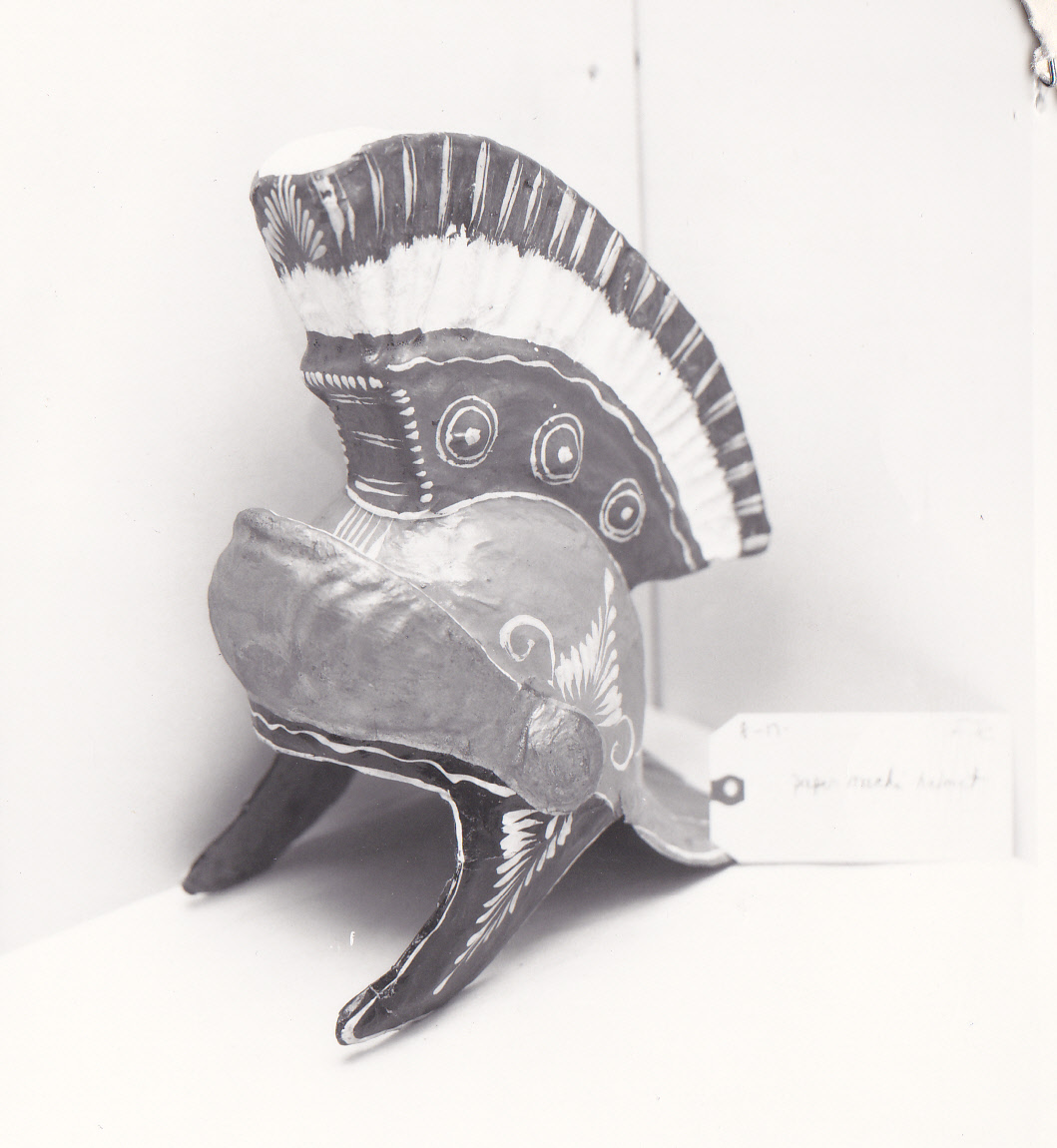 This object is a brightly colored papier mâché Roman centurion’s helmet that was worn by a child during Semana Santa in Mexico City. Semana Santa, or Holy Week, is the week leading up to Easter, from Domingo de Ramos (Palm Sunday) to Domingo de Pascua (Resurrection Sunday, or Easter). Since the majority of Mexicans are Catholic (over eighty percent), Semana Santa is a very important holiday in Mexico. The majority of schools in Mexico give children a two week break for Semana Santa to enjoy the festivities, which include processions and passion plays (or reenactments of the Jesus’ final days).

This helmet was most likely worn on Viernes Santo (or Good Friday). On this day, there are processions where statues of Christ (or men dressed as Christ) are carried throughout the streets of the city and people dress in costumes to resemble Biblical characters. This helmet was worn by a child dressed as a Roman centurion, or soldier. Roman centurions carried out the crucifixion Jesus and are popular costumes for Viernes Santo.

TheSemana Santa celebrations that can be seen today in Mexico City started in 1833 after a cholera epidemic decimated the majority of the population. The few survivors decided to give thanks to the Lord by putting on a passion play in the streets of the city. This small act of veneration has grown every year and is now one of the largest fiestas in the country.

This fiesta has spread from Mexico into the United States, especially in states with large Hispanic populations like Texas. Most of the large cities in Texas, (and even some smaller towns in the Rio Grande valley), celebrate Semana Santa with traditional processions and passion plays. The Institute of Texan Cultures has a small exhibit that features some items used in Semana Santa, including this helmet.