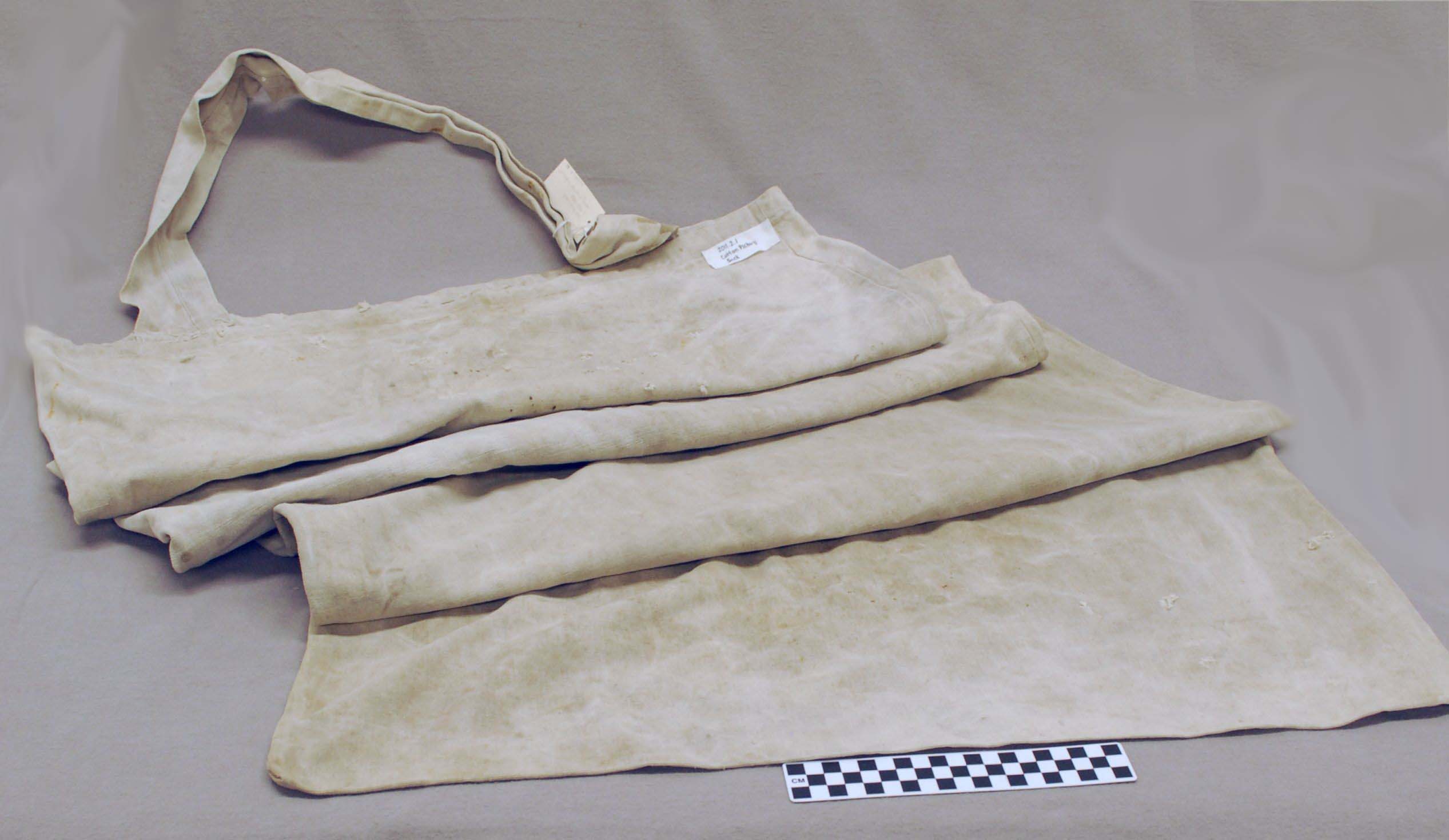 Mina Mae Duderstadt (1914-2008) used this field sack for picking cotton while she was a young woman living and working on a farm with her family in Eckert, which is near Runge, TX. On May 6, 1930 the great tornado of Runge, destroyed the farm they lived on. According to the National Oceanic and Atmospheric Administration, it was the 7th worst tornado in Texas since 1900. Due to the damages, her family relocated to San Antonio, where her father found a job.

She would have used this sack in the late 1920s, likely 1928 or 1929. Cotton picking is tedious and strenuous work. The way that cotton grows meant that even as farms were mechanizing in the 20th century, it needed to be picked by hand. Mechanized methods of picking cotton were not common until after 1950. Cotton grows in a pod called a boll. In order to pick the cotton, one can either pick the whole boll then pull the cotton out of it, or one can carefully pull the cotton out of the boll while it is still on the plant.

On smaller family-owned farms and tenant farms or those who are sharecropping, every one pitched in to pick the cotton. Children often worked alongside their parents as the whole family worked together to ensure survival. On tenant farms the farmers supplied their own seed, machinery and labor, and the land owner typically received ⅓ of the profits. Sharecroppers were supplied with the seed and machinery by the land owner who typically received half of the profit. Frequently farmers borrowed money or purchased needed items on credit, to be paid back when the crops were harvested. Hiring workers to help pick the cotton would mean less money to pay off debts or buy needed supplies for the household. However, some farmers did hire migrant workers to pick their cotton if there were not enough people on their farm to do so.

Once picked, cotton must have the boll and seeds removed before it can be prepared to make cloth. Before the end of the 18th century, this process was once done by hand, slowly and painstakingly. The heartier short staple cotton most often grown in Texas did not work well in the simple machines such as the charka, used for the cotton grown in other parts of the world, like the long staple cotton grown in India. Eli Whitney’s Cotton Gin provided the necessary ease in processing that allowed cotton to become King in Texas.