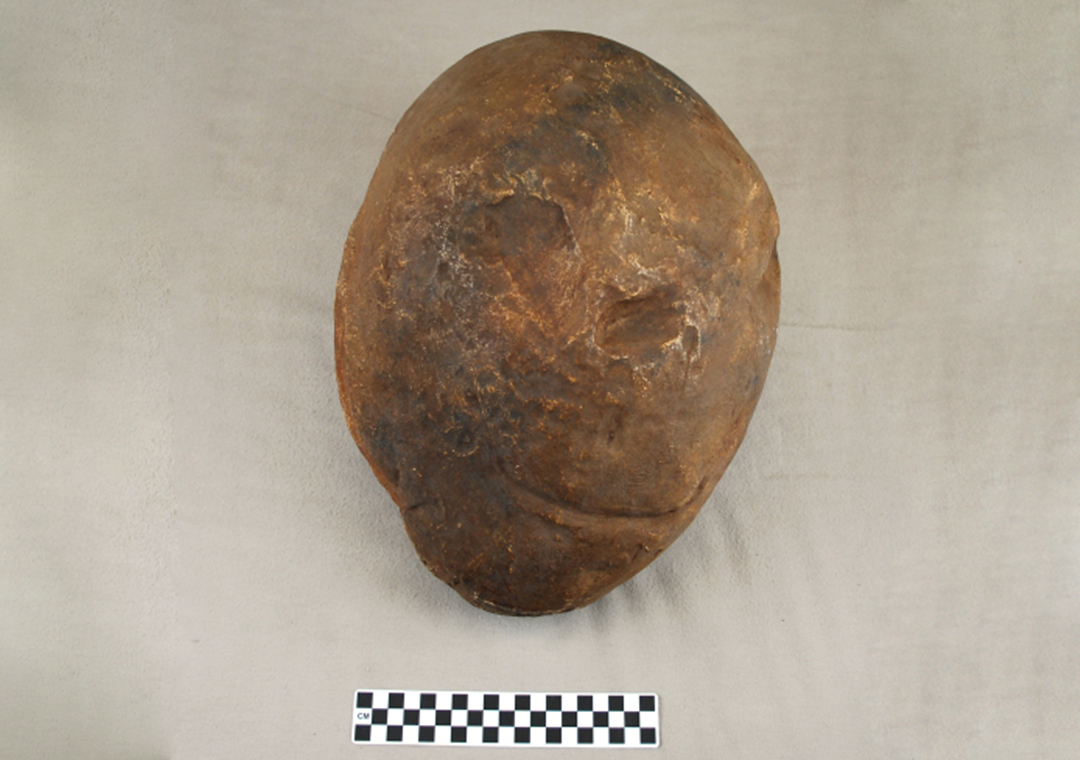 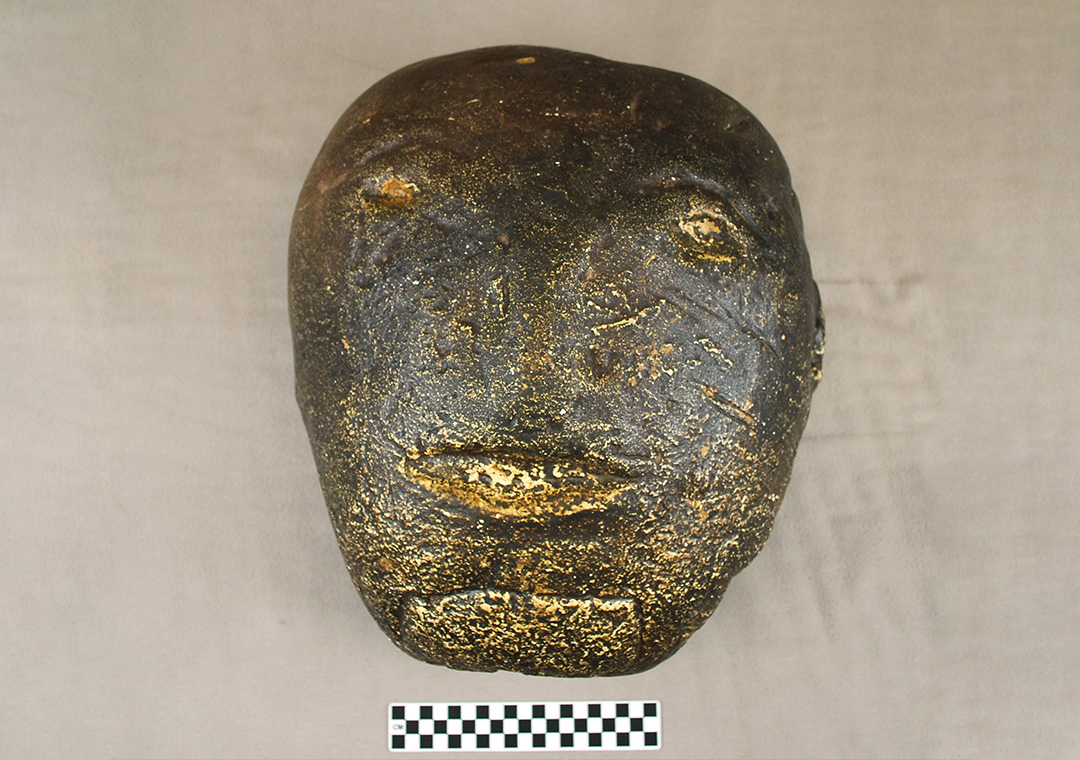 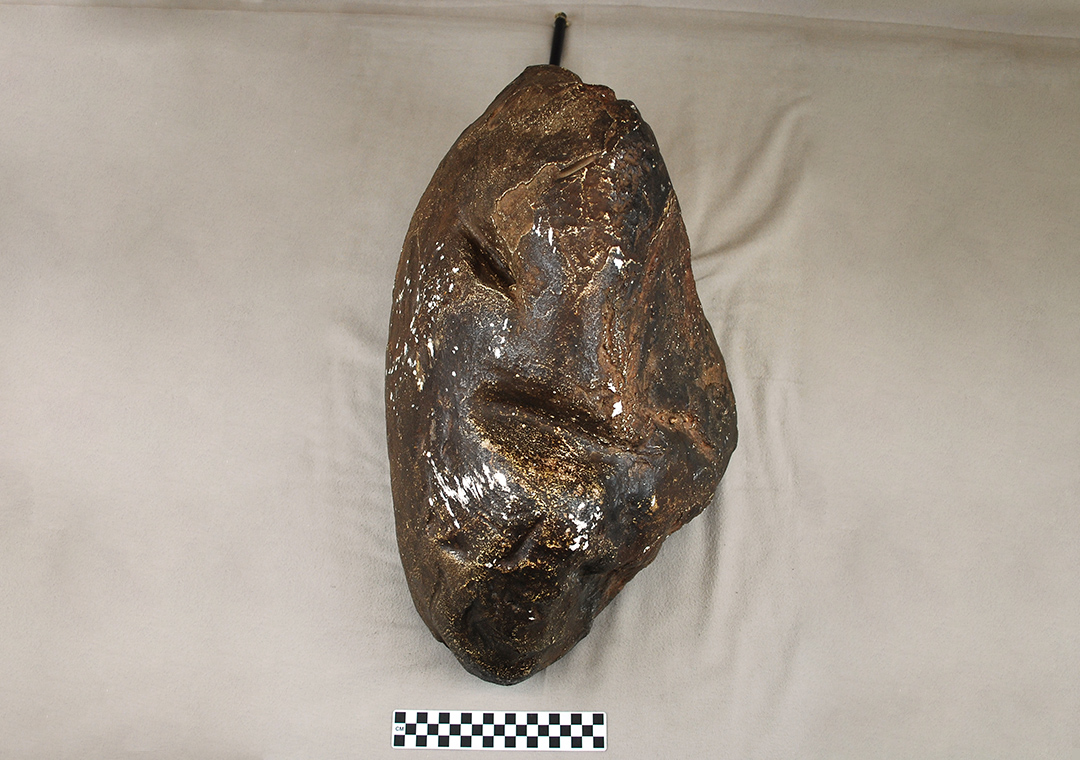 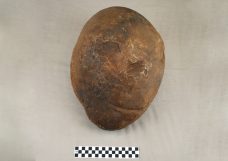 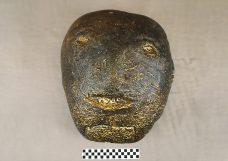 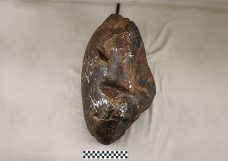 These objects are three cast plaster replicas of stone carvings found in Malakoff, Texas in the Depression Era. Each object was found in a deep gravel pit by quarry workers and had human-like features carved into them. After the first head was found, geologist Elias H. Sellards was called in to take a look and he determined it to not only be authentic, but also dated it at 50,000-100,000 years old. This made the find extremely important as the oldest known Native American artifacts at the time only went back 12,000 years. The find, if authentic, would push Native American history in the Americas back thousands of years.

Further investigation of the site produced a second “head” in 1935 at which time archaeologist Glenn Evans was called in to do an excavation. He found a third head by 1939 but failed to discover anymore artifacts. More recent study of the heads has called their authenticity into question. The first head is believed to have been carved by modern, metal tools which means it is likely a hoax. The second head wasn’t studied further, though it too is believed to have been made like the first one. The final head is believed to be a naturally eroded rock and could have no connection to the other two at all. Further research on the on the site itself also revealed it to not be as old as Sellards had said; instead it was dated to the Pleistocene era which is when Paleo-Indians were known to have been in the Americas. No other artifacts were found at the site, though other “heads” have been reported throughout Texas and northern Mexico.

The Paleo-Indians were various native groups living in North America roughly between 15,000-9,000 years ago, which is known as the Pleistocene period. The dates are difficult to say with certainty, but evidence of Native American peoples living across the Americas have been found and verified during this time period. They are thought to be the earliest humans in the Americas and arrived here by crossing the once exposed land bridge under the Bering Strait. The earliest inhabitants of Texas are collectively called Clovis. The Clovis culture and people are connected by their use of a stone tool called the Clovis Point. In Texas, Clovis Points have been found that date back 13,500 years. The Clovis culture was made up of many Native American groups, many who are still around today and are related to these very early Paleo-Indians that lived across North and South America.

Many people still argue whether the Malakoff heads are authentic or an archaeological hoax. Archaeological and historical hoaxes are not new, in fact a few years before the Malakoff heads were discovered a similar mystery was brewing in the state of New York. In 1869 a large stone man was discovered while men were digging a well on the farm of William Newell. The stone man was believed to be the petrified remains of a giant, like those mentioned in the Bible, but others believed it was either a statue built by missionaries to impress Native Americans or an ancient Native American sculpture. The stone man, nicknamed the Cardiff Giant, ended up being a hoax made up by a man named George Hull. Hull thought of the idea after he got into an argument with a priest. To spite the priest and make some money along the way, Hull came up with the idea and brought several people, including Newell into the plot. Once the giant was discovered, Hull’s plan to make money went into effect as people flocked to see the giant. Even when charging 50 cents per person the crowds could not be turned away and kept going to see the giant. Even when the stone giant was declared a hoax people still traveled and paid to see it. Today the giant can be seen in Cooperstown, New York at the Farmer’s Museum. Although we have new technology to help accurately date artifacts, as well as identify how they were made, many hoaxes and myths still live on.