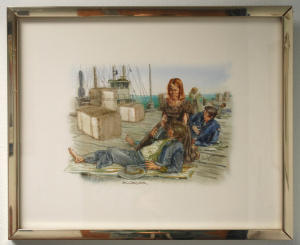 The efforts of women during the Civil War transformed the profession. The war shifted the range of nursing from the home to the hospital. It was Clara Barton, a Civil War nurse veteran, who founded the American Red Cross in 1881. In 1868 the president of the American Medical Association, Samuel Gross advocated for the creation of an official nursing school. The first formal nursing school in Texas was founded in 1890 by John Sealy hospital in Galveston. Thanks to the men and women who volunteered as nurses during the Civil War, nursing has become an integral part of the health profession that we benefit from anytime we need medical attention.