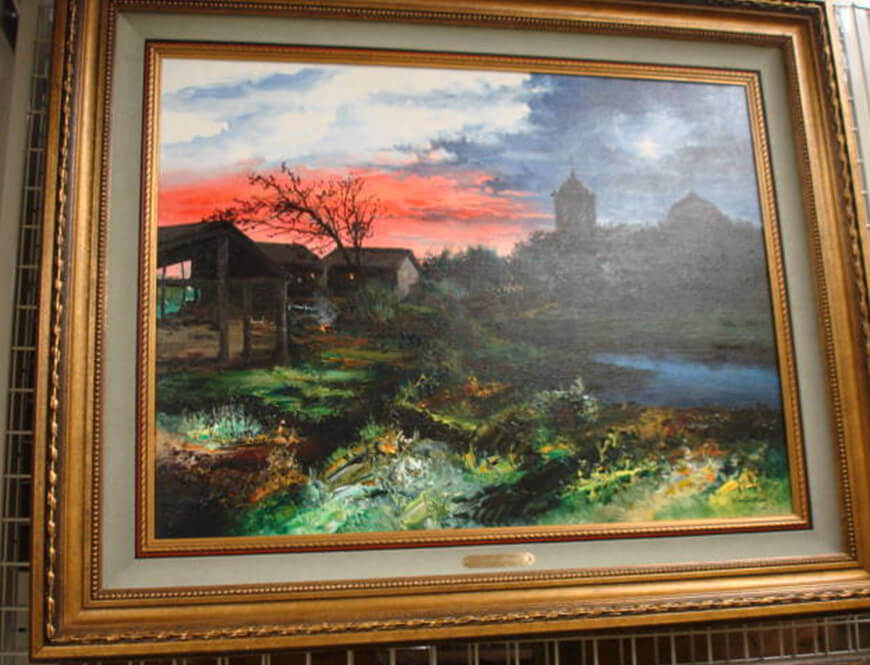 The artist Jose Vives-Atsara is a Spanish-born Texan painter known for his depictions of Mexican culture, beautiful Texas landscapes, and historical sites. Born in Catalonia, Spain in 1919, Vives-Atsara began painting at age 11, with the help of a priest who recognized his talents. When civil war broke out in 1936, he was forced to serve in the Republican Army. The Spanish Civil War came about after the Spanish monarchy was overthrown in the late 19th century. At this time most of the land and wealth of the country were held by a small ruling class, leading to resentment and poverty for many of the citizens. After a military coup in 1923 brought dictator Miguel Primo de Rivera to power, tensions continued to mount for the establishment of a new government. Eventually democratic elections were allowed but the country remained heavily divided between the elected “Republican” government, backed by the Communist Soviet Union, and the “Nationalist” opposition, backed by Fascist controlled Italy and Nazi Germany.

The Republican government tried to reform Spanish society and eliminate the the privilege of the upper class. They redistributed the large land holdings of the elites, sought to distance the government from the Catholic Church, and attempted to reduce the power of the military. The Nationalists, composed of the former aristocracy, military leaders and Catholic supporters, were strongly opposed to these reforms. In 1936 the Nationalist General Francisco Franco rose up against the Republican government, beginning the civil war. After 3 years of heavy fighting and numerous human rights atrocities committed by both sides, the Nationalists won; establishing a dictatorship that would last for 40 years. Those loyal to the Republican government were forced to flee Spain in order to escape persecution and violent retributions.

This painting was chosen as the poster image for the 1984 Texas Folklife Festival at the UTSA Institute of Texan Cultures, and embodied Jose Vives-Atsara’s love of his new Texas home. Vives-Atsara described his feelings about Texas as “…the luckiest day of my life is when I put my feet in Texas and came to make my nest in San Antonio. This is my home and it’s going to be as long as I live. I will repeat again and again my gratitude from the bottom of my heart to the wonderful people who have let us have our home here to grow our family and feel happy like never before. I do my best to deserve everything wonderful that San Antonio and Texas have given me.” This painting features a mission style church, possibly Mission Concepcion, in the background, linking his native Spain to the proud history of Texas. The missions in San Antonio are a part of that history. Missions were founded in Texas in the early 1700s by Spanish missionaries as bases for their work, spreading the Catholic religion and Spanish culture to the native Texan people. The missions provided protection from hostile groups, and important distribution centers of food and resources to the local inhabitants. Today four out of the five missions, Concepcion, San Jose, San Juan and Espada, still are used by the Catholic Church for services. The Alamo is the only one not used for services but marks a historic spot for the state of Texas and its people. Beyond this missions’ ties to Texas history, he also transformed the blue sky above his Texas landscape into an impressionist version of the Texas flag.