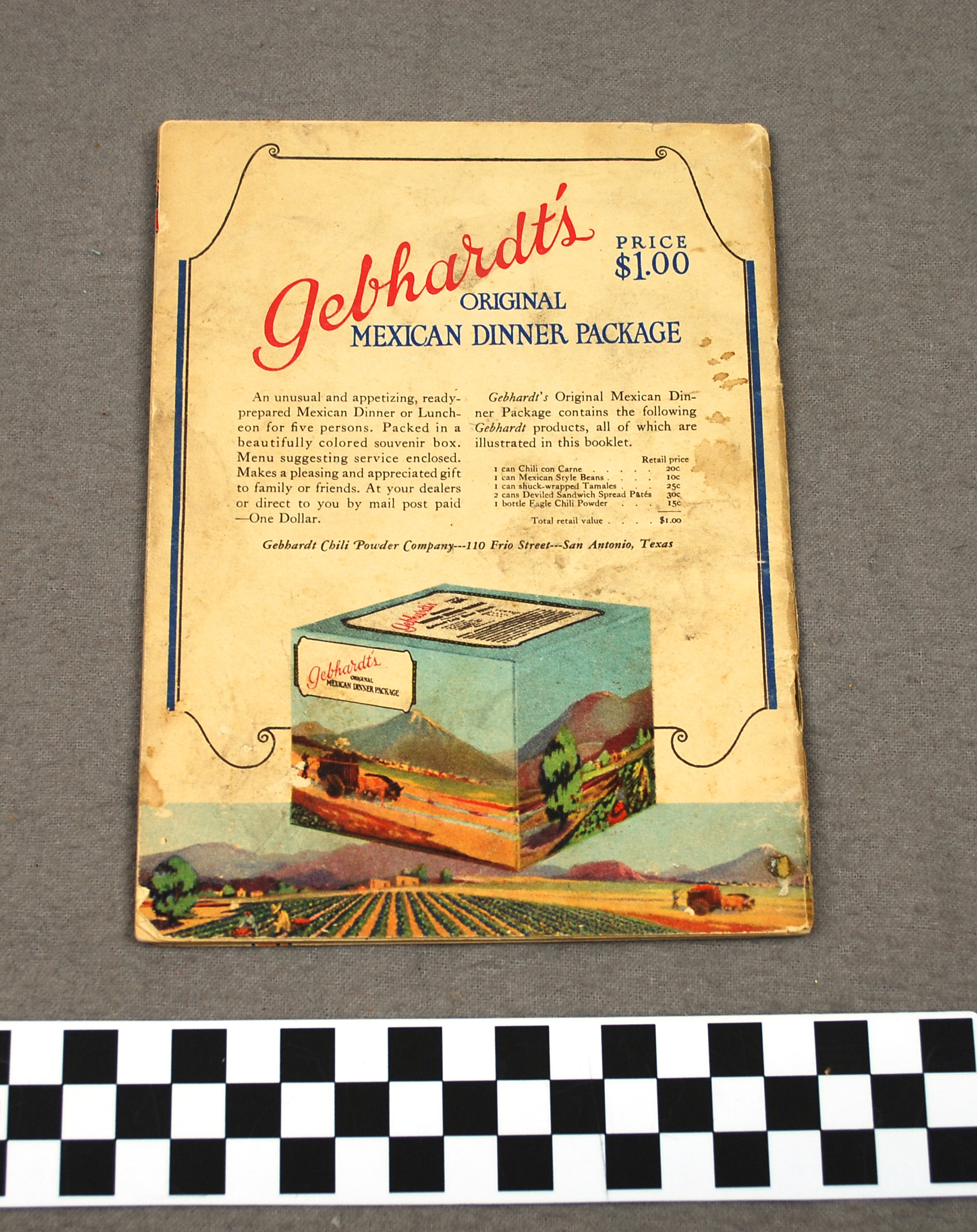 This object is a pamphlet entitled “Mexican Cookery in American Homes” containing recipes by Willie Gebhardt, the inventor of Chili Powder. William Fredrick Gebhardt was born in Germany in 1875. His family immigrated to the United States and settled in New Braunfels. Willie had a passion to cook and opened a café in 1892, that he owned for 4 years. While living in New Braunfels, Willie met his wife Rose Mary Kronkosk. Gebhardt would often visit San Antonio roughly 30 miles south of New Braunfels and was fascinated by the variety of spicy Mexican food available. Willie soon began to experiment cooking with different chilies. In his café Willie served chili to his patrons and gained a reputation as a great chili cook. At this time people all over Texas knew about chili and enjoyed it with venison which was easily found around the country side. Although popular, chili was a seasonal food and only served from late spring through summer. During the 1800s it was difficult to keep chilies fresh during the winter months but Willie discovered if he dried the chilies and ground them into powder the potency of the chilies would remain fresh.

As the Gebhardt company grew more cookbooks were created, and advertising for it was everywhere including radio commercials, and newspapers and magazines. The slogans for the ads included sayings like “Gebhardt’s. If you think its just a great chili, you might be missing something.” Willie Gebhardt died in 1956 at the age of 81. By this time he had been retired from the business for 20 years. The company was acquired by a Chicago based company in 1960 and that company was acquired by another. In 1984 the company was renamed Gebhardt Mexican Foods Company and sales increased in places like California, Arizona, and Oregon. Some products can be found in Texas stores like H.E.B. and today chili powder is one of the most common seasonings found in American homes.