Object: Print (Print of The Black Madonna of Czestochowa) 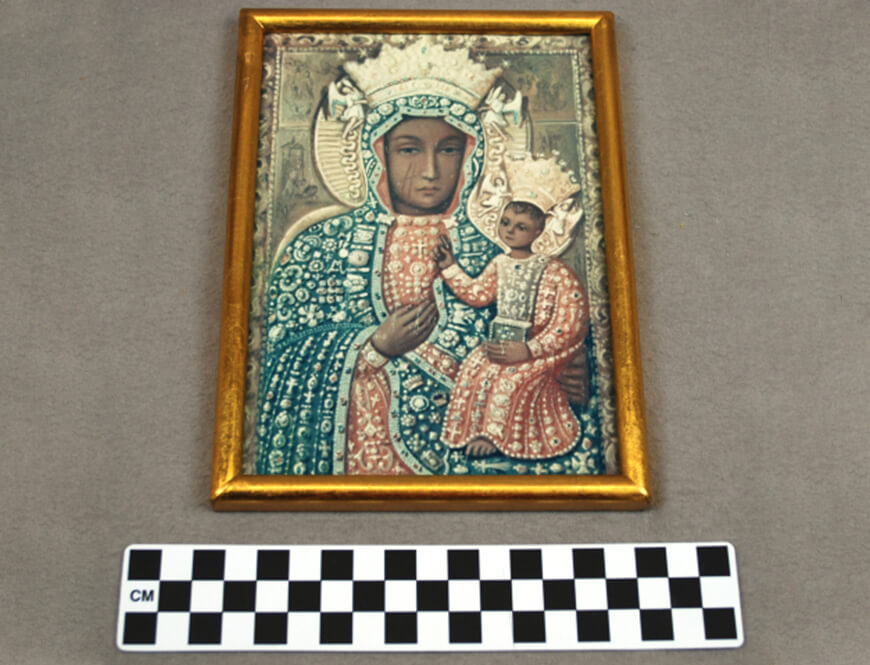 The Black Madonna is popular in places like Ukraine, Belarus, and Russia. In the United States there is a National Shrine of Our Lady of Czestochowa which is located in Doylestown, Pennsylvania. The shrine was founded in 1953 and features a replica of the painting.