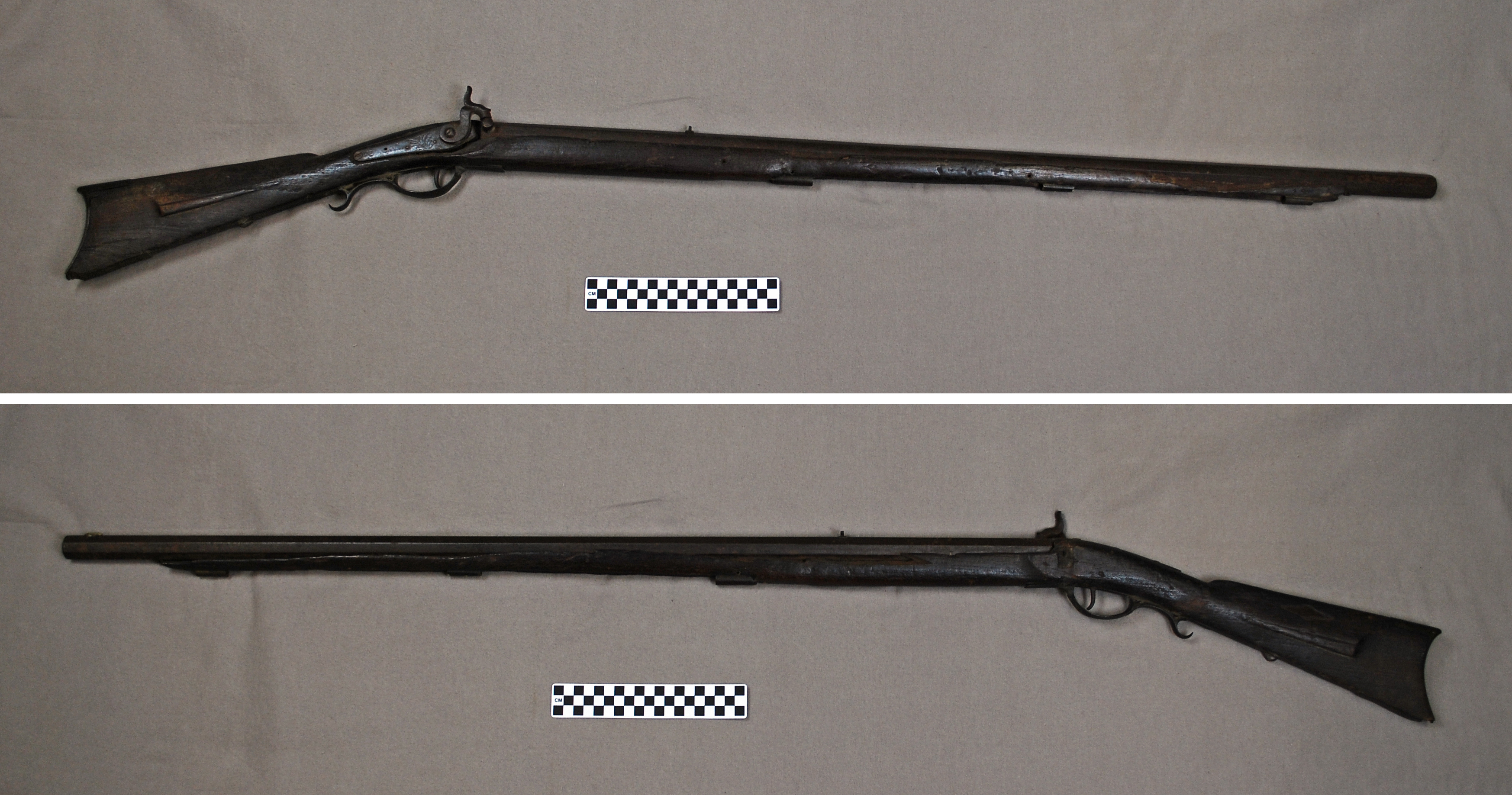 This rifle is a percussion rifle which has been in the donor’s family since 1836 when according to family tradition the rifle was given to Jose Antonio Menchaca by Sam Houston sometime after the Battle of San Jacinto. The rifle has been passed down the family until it was donated to the UTSA Institute of Texan Culture in 2011. This particular rifle is believed to have been made by John Hunt.

The Battle of San Jacinto took place on April 20-21, 1836 and was the final battle for Texas Independence. The commander of the Mexican forces was Santa Anna, Sam Houston commanded the Texas forces. Both forces were trying to reach and gain control of Lynch’s Ferry which crossed the San Jacinto River near the point where it joins with the Buffalo Bayou. Fighting on the 20th forced the Mexican troops to retreat to an area about 200 yards east of the ferry, with marsh and water to their rear and along their right side. On the 21st the Texans were able to quietly advance until they were only a short distance in front of the Mexican forces, who had not posted sentries or lookouts. The battle itself lasted about 20 minutes before the Mexicans started retreating and the Texans began their pursuit. Santa Anna was captured on April 22nd and reluctantly agreed to the terms of the Treaties of Velasco, which promised that all Mexican forces would leave Texas, and seized property would be returned.

Sometime after this battle that Jose Antonio Menchaca was given this percussion rifle by Sam Houston. Sam Houston was the commander of the Texas forces during the Texas fight for Independence. He served as President of the Republic of Texas for two terms until 1846 when Texas joined the United States. Houston then served as a Texas Senator until 1860 and then was Governor of Texas until the outbreak of the Civil War when he was then removed from duties as Governor. He we removed from office for refusing to pledge allegiance to the Confederate States of America. Houston retired from Politics after this and died at his home in Huntsville, Texas, on July 26, 1863.