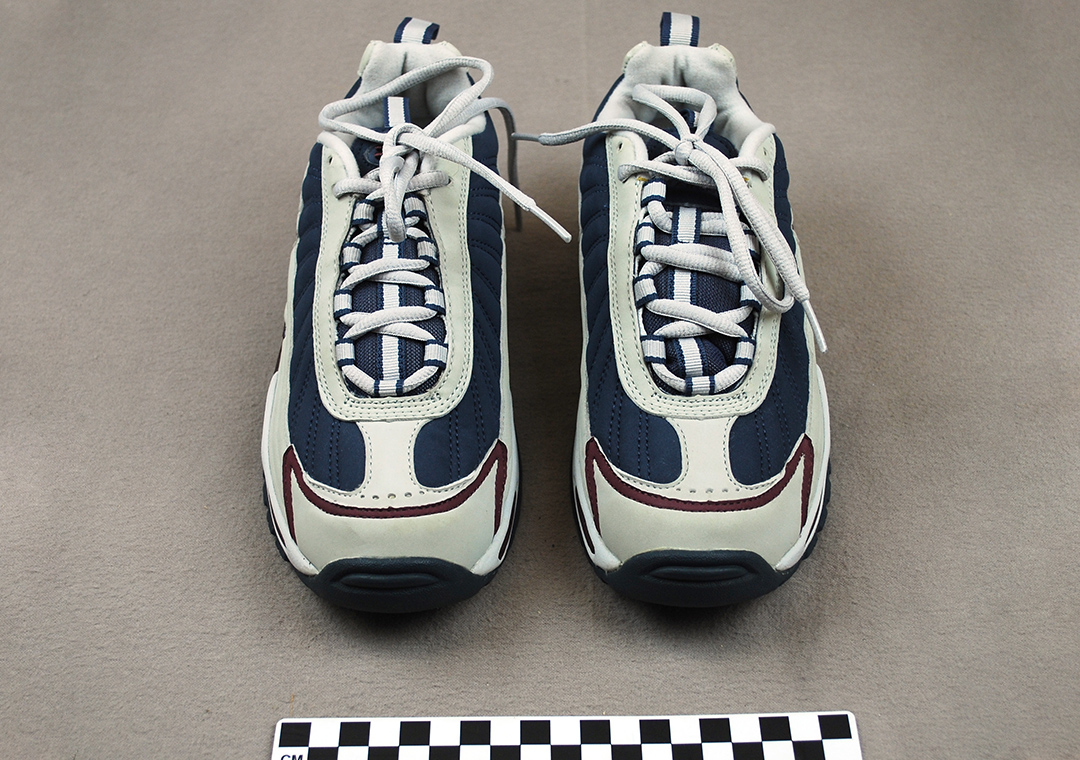 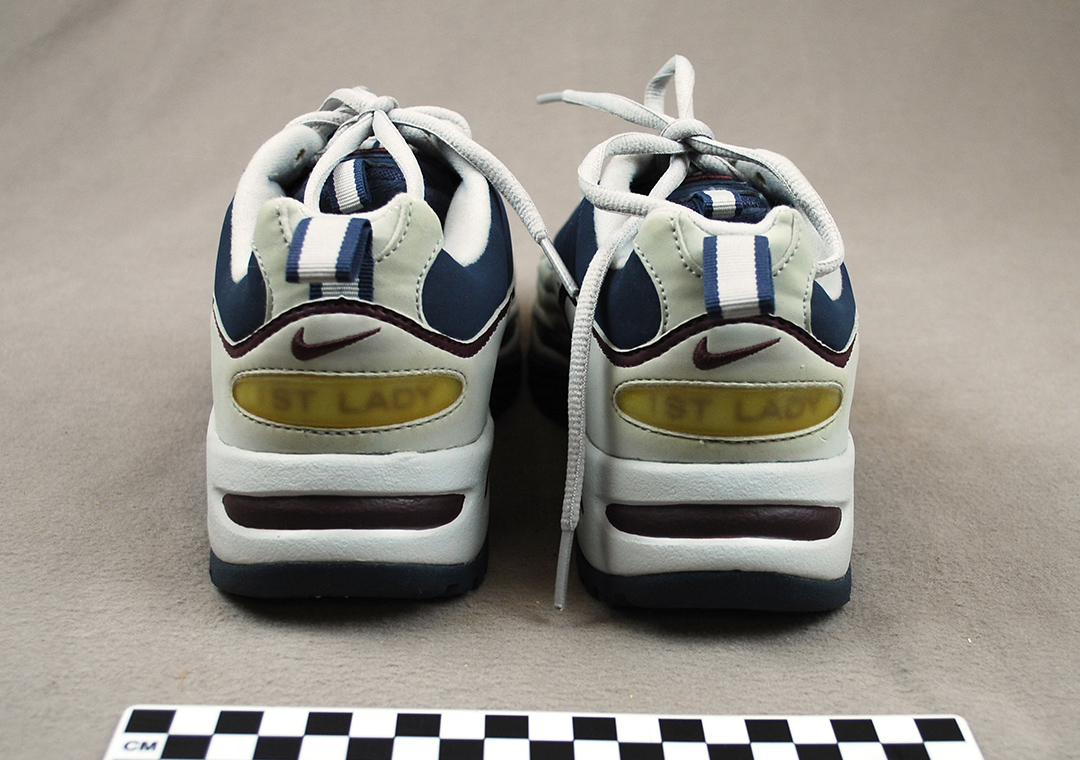 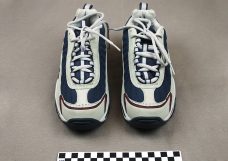 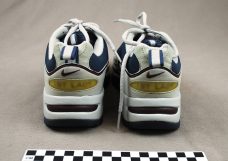 There is a saying that in order to truly understand someone you must first walk a mile in their shoes. This pair of Nike cross training shoes belonged to former First Lady Laura Bush. The shoes are white with red and blue accents, with the words “First Lady”  printed on the back of the shoes. Having been named one of the most popular First Ladies, there is much more to Laura Bush than meets the eye.

A native of Texas, Laura was born in Midland, Texas on November 4, 1946. At a young age Laura became fascinated by books and loved to read. In 1964 she graduated High School and went to Southern Methodist University where she received a Bachelors in Education in 1968. The future first lady was a teacher in Dallas, then Houston until 1972. In 1973 Laura received a Masters degree in Library Science from the University of Texas. Laura obtained a job at a Public Library in Houston and later at a school library in Austin. It was during her times as a librarian when Laura Bush learned the importance of reading and would shape her agenda when she became First Lady.

Upon entering the white house as First Lady, having previously been a teacher Laura became an advocate for Education. She was a “key advocate of her husbands No Child Left Behind Act.” While First Lady of Texas, Laura had established the Texas Book Festival a fundraiser for public libraries. When she became First Lady of the United States Laura launched the National Book Festival in 2001. The National Book Festival is still held today and authors from all over the country attend. Apart from focusing on education, Laura also focused on health issues like heart disease and cancer.

Another First Lady from the Lone Star State was Claudia Taylor (Lady Bird) Johnson. Lady Bird was married to the Lyndon B. Johnson who was also from Texas and served as First Lady from 1963-1969. Although, the role of the First Lady has changed over time, the public continues to be fascinated with the woman who stands beside the President of the United States.