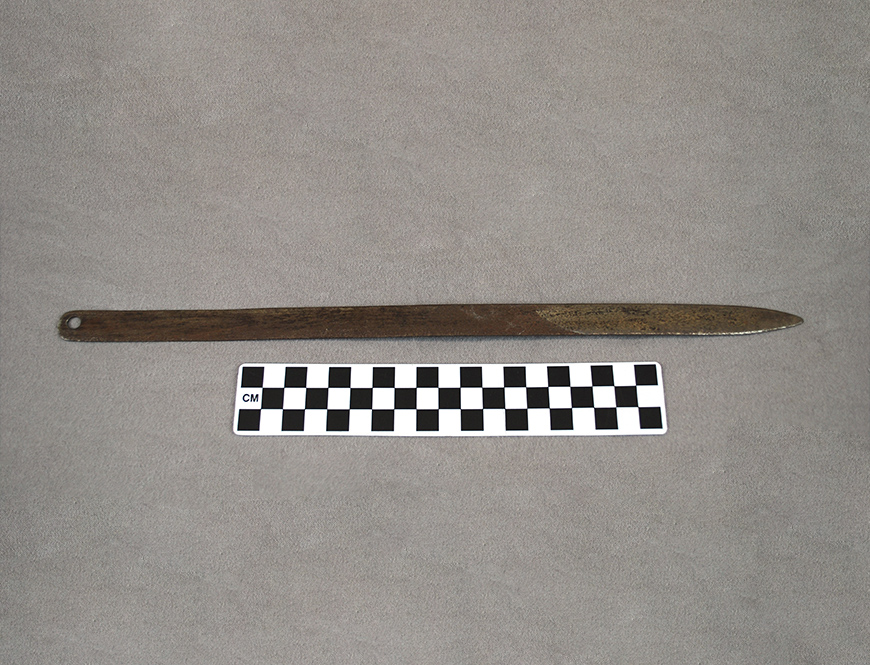 Needles like this one are used by women of the Kickapoo tribe to make woven mats using cattails and other plants. These mats are used to make Kickapoo wickiups, the traditional style of Kickapoo housing. These mats could be rolled up and transported from place to place, making them very convenient for travel, but they were also used at permanent settlements.

While in Mexico, the Kickapoo developed a language that isn’t used by their sister tribes in America. The language is believed to have been created by the younger Kickapoos and was created for courtship rituals. Young Kickapoo men and women would use this whistling language to communicate without older members of the tribe being able to understand. This language was called onowecikepi, and is still in use today.