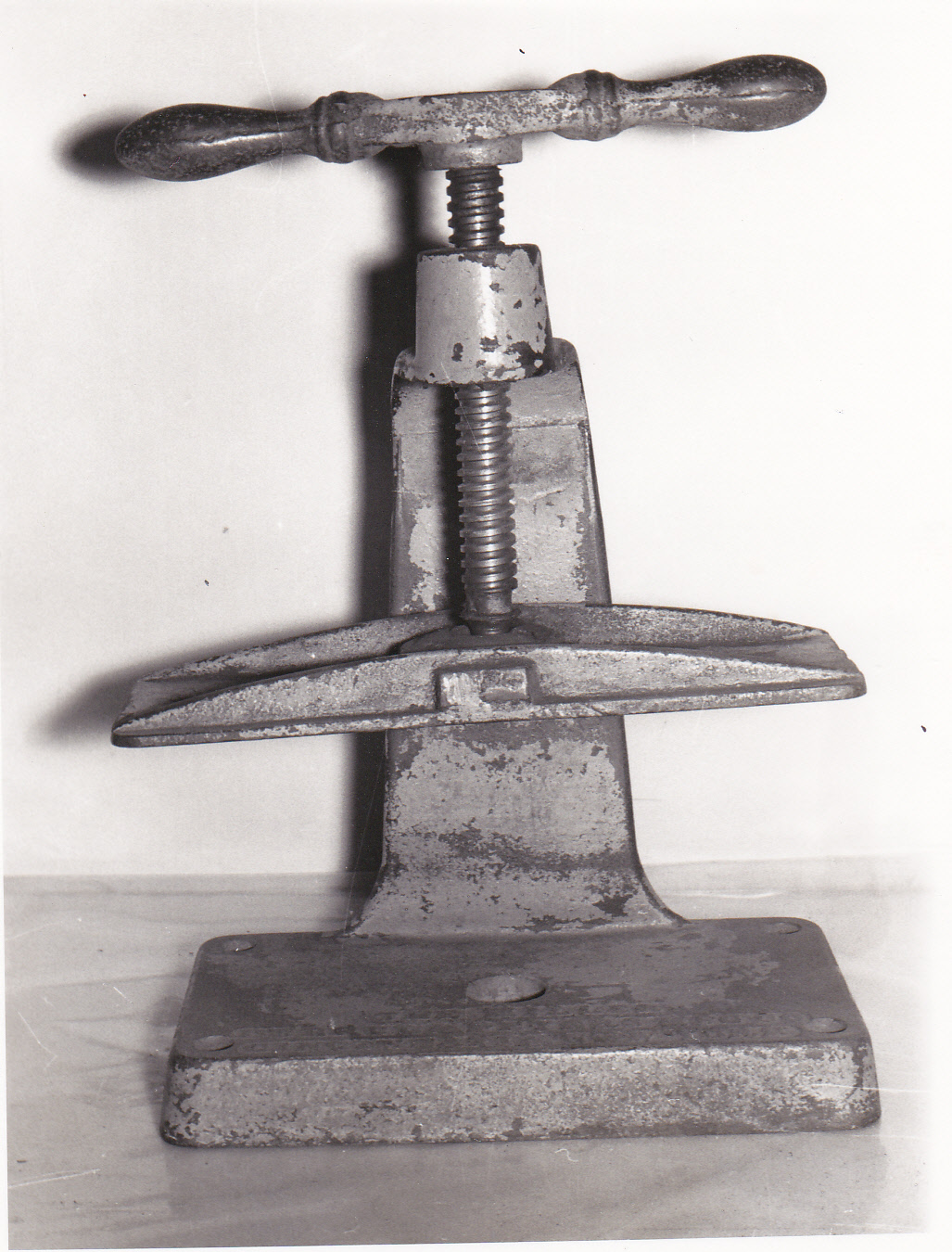 Tobacco is prepared in a number of ways in order to transform it from a living plant, into a substance that can be smoked. Among these processes are: curing, fermentation, pressing, and tipping. The exact processes used depend on the desired finished product. Tobacco presses like the one at the Institute of Texan Cultures could be used to transform cured and fermented tobacco leaves into a product called “cake” tobacco. A rectangular box, or mold, approximately the same size as the press would be filled with tobacco leaves and placed between the two metal slabs. The tobacco would then be tightly compressed by the metal slabs of the press, which are lowered by turning the doubled headed turn screw. The tobacco leaves, also known as flakes, would then be left under a great deal of pressure until it became a tightly packed cake of tobacco. This cake would be left to dry, and then could be sliced into smaller sections or wrapped to produce products such as cigarettes, cigars, chewing tobacco, pipe tobacco and snuff.

Tobacco has a long history of use and cultivation in Texas, preceding Spanish arrival in the New World. The Nicotiana tabacum, a species that many modern tobacco strains can trace their origin to, is one of at least three species of tobacco that grew wild in Texas. In Texas, tobacco was first cultivated by Native American groups, such as the Caddo, Lipan Apache and Mescalero Apache, among others. The smoking of tobacco played a significant role in the lifestyles and ceremonial practices of these groups. Traditionally, Native Americans have offered tobacco to the spirits, sent tobacco to others as an invitation for feasts or ceremonies, offered tobacco to shamans in exchange for services and smoked tobacco in a peace pipe in order to seal peace treaties.

Cuban-style cigar-leaf production flourished in Montgomery County in 1879. Although production ceased for a few years, it managed to recover in 1891. The Willis Cigar Factory was founded in the town of Willis in Montgomery County. The industry spread throughout East Texas but suffered another collapsed. Although East Texas was capable of producing very high quality tobacco, cotton was a more profitable crop and commercial tobacco cultivation eventually ceased in Texas.