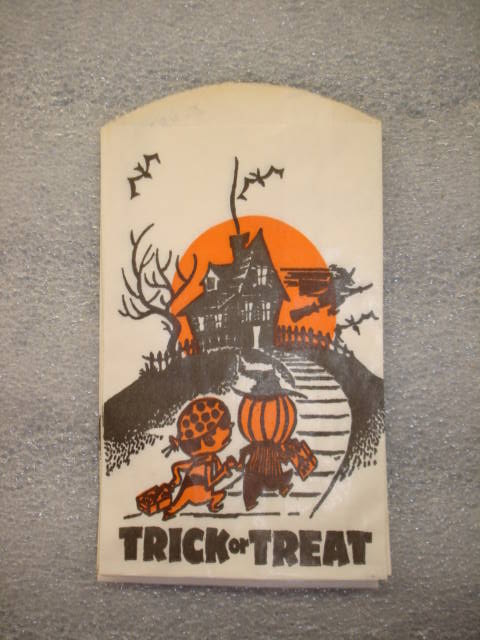 Halloween is this Friday, which means it will be a night of costumes and, of course, Trick or Treating. Trick or Treating is an integral part of Halloween celebrations for most children in the United States. For most Texans today, Trick or Treating is a normal tradition for anyone born during the 1940’s and after. Even though it has been going on for some time, the practice as we know it is less than 100 years old. Today’s version of Trick or Treating developed during the early part of the 20th century as a way to keep youths from playing tricks and vandalizing different parts of the city. Children and older youths were encouraged to dress up in costumes and go to the different houses in the neighborhood to receive candy or other goodies.

Trick or Treating may have some origins in a tradition associated with the Catholic holiday of All Souls Day. In England there were special cakes made for the souls which were called “soul cakes” and people would go “a’ soulin'” for these cakes. It was usually the poor who went to wealthier homes to collect these “soul cakes,” which they would be given as long as they agreed to pray for family’s dead relatives.

Besides Trick or Treating, there are other traditions that take place around Halloween. Carved pumpkins, or jack-o’-lanterns, are a popular holiday decoration. Many families in Texas will go to a pumpkin patch and select a pumpkin or two for carving. The pumpkin is carved to resemble a ghoulish face or other holiday inspired image. In recent years people have also started carving designs based off their favorite cartoon or movie characters. To carve a pumpkin, the top is cut off and then the insides are scooped out. Once everything is cleaned out then the design is drawn on the the outside of the pumpkin. Knives or special carving tools are used to cut out the sketched design. Once the design is complete a candle or other light source is placed inside and the top is placed back on. The light shines through the cutout of the carving and there you have a jack-o-lantern.

This tradition has its origins in Ireland, but instead of pumpkins, which were not grown there, turnips were used. The tradition is based on the old tale of Stingy Jack who was able to trick and trap the Devil twice. Jack would only release the Devil if he promised not to collect Jack’s soul when he died. The Devil agreed and was set free, but when Jack died he was not allowed into Heaven and he was barred from Hell because the Devil had promised not to collect his soul. The Devil cast Jack into the darkness with an ember from hell that would never go out. So Jack carved a turnip and placed the ember inside and became known as Jack of the Lantern, or Jack O’Lantern. People started carving turnips and creating jack-o’-lanterns so they could see on All Hallows Eve night. When the tradition came to America it was found that pumpkins were easier to carve and so the switch was made from turnip to pumpkin.

This Friday while everyone celebrates in their own way, please remember to be safe and watch for the children while they are out and about Trick or Treating! From the Collections staff here at the ITC, have a fun and safe holiday!