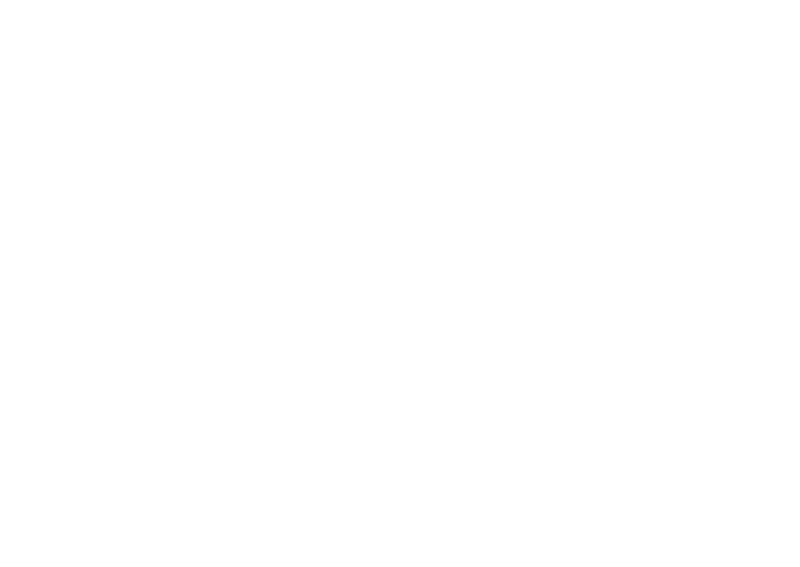 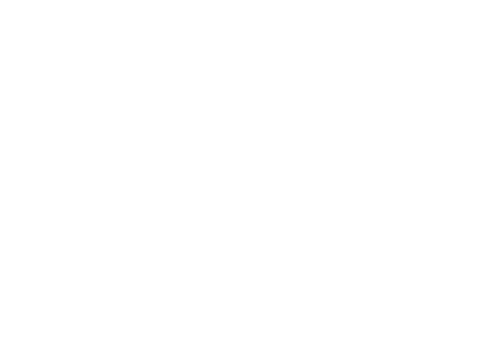 During his lifetime he recorded 200 singles and 85 albums. His music lives on not only in his expansive catalog, but in his influence on artists from Bob Dylan to ZZ Top, and gives us a special, memorable insight into one facet of Texas history.

Sam Hopkins was born in Centerville, Texas, in 1912. When he was eight years old, a chance meeting with foundational bluesman Blind Lemon Jefferson at a church social was the beginning of a decades-long career. With his mentor, Hopkins began playing local picnics and evening gigs, working on a cotton farm with his family during the day. As an adult, he made his way to Houston, where his alliance with pianist Wilson “Thunder” Smith gave him his own stage name: Lightnin’.

Hopkins played dance parties, socials and clubs in Houston and around East Texas for the next several decades, supplementing his income with field work when necessary. He experienced a few episodes of relationship strife and a stint on a chain gang (though some historians regard this as a “tall tale”)—naturally, these memories grew into songs. In the late 1940s, his music career picked up and he signed his first record contract. This was far from a big break, however, as record companies rarely guaranteed royalty payments. To establish a measure of ownership and security over his work, Hopkins demanded cash payment after every song performed in a recording session.

Hopkins didn’t like to travel much, and his recordings waned during the 1950s. But in the 1960s, as the folk music revival emerged and the civil rights movement picked up momentum, blues got big. Hopkins, Mance Lipscomb and other foundational bluesmen enjoyed their own personal renaissances. Now, in their middle age, they were playing with Pete Seeger and Bob Dylan and headlining music festivals across the United States. Hopkins was also the star of a documentary from filmmaker Les Blank, The Blues Accordin’ to Lightnin’ Hopkins, where he sings and discusses the blues from his hometown of Centerville. He took well to his status as a blues legend, developing a reputation for being a sharp, at times unpredictable performer who enjoyed his command of the stage. “Lightnin’ change when Lightnin’ want to change,” he’d tell his band when he held onto a riff longer than they expected.

This particular guitar was manufactured by the Kay Musical Instrument Company, which has made guitars since the 1890s. This model dates from 1951, shortly after the company began to add electric elements to their acoustic guitars. Kay guitars were popular among blues musicians: in addition to Lightnin’, Buddy Guy, Howlin’ Wolf, and John Lee Hooker are on Kay’s list of players. The instruments appeal to contemporary musicians too: Bruce Springsteen, St. Vincent, Jeff Tweedy and Taylor Swift are just a few names from the company’s lengthy (and still growing) list. 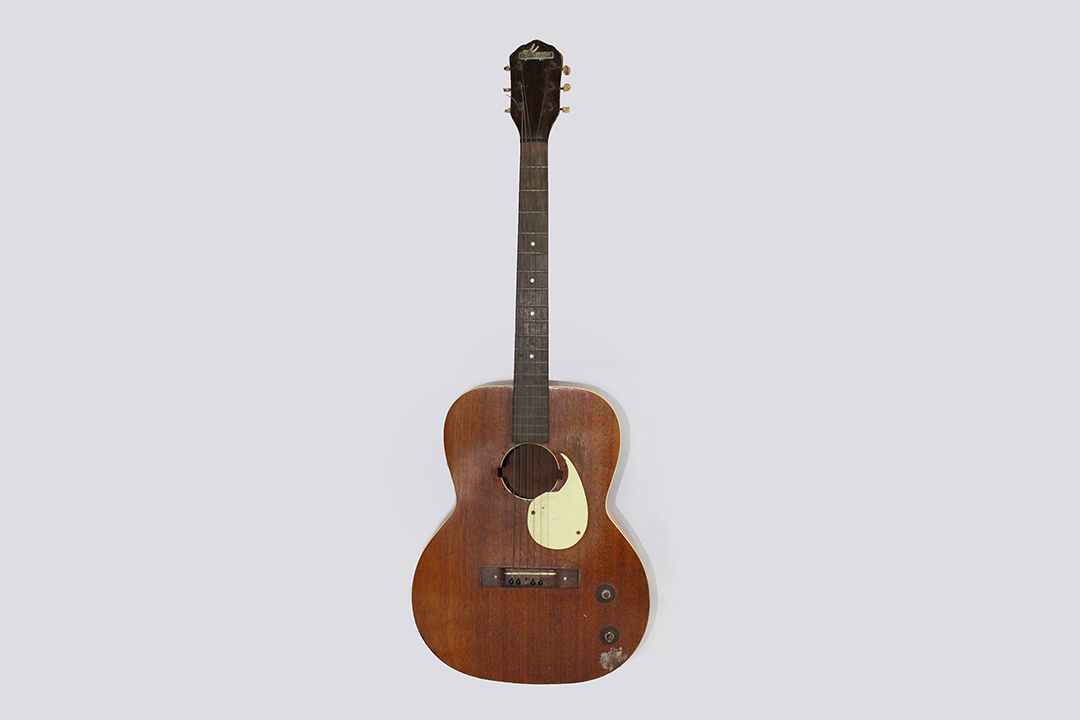 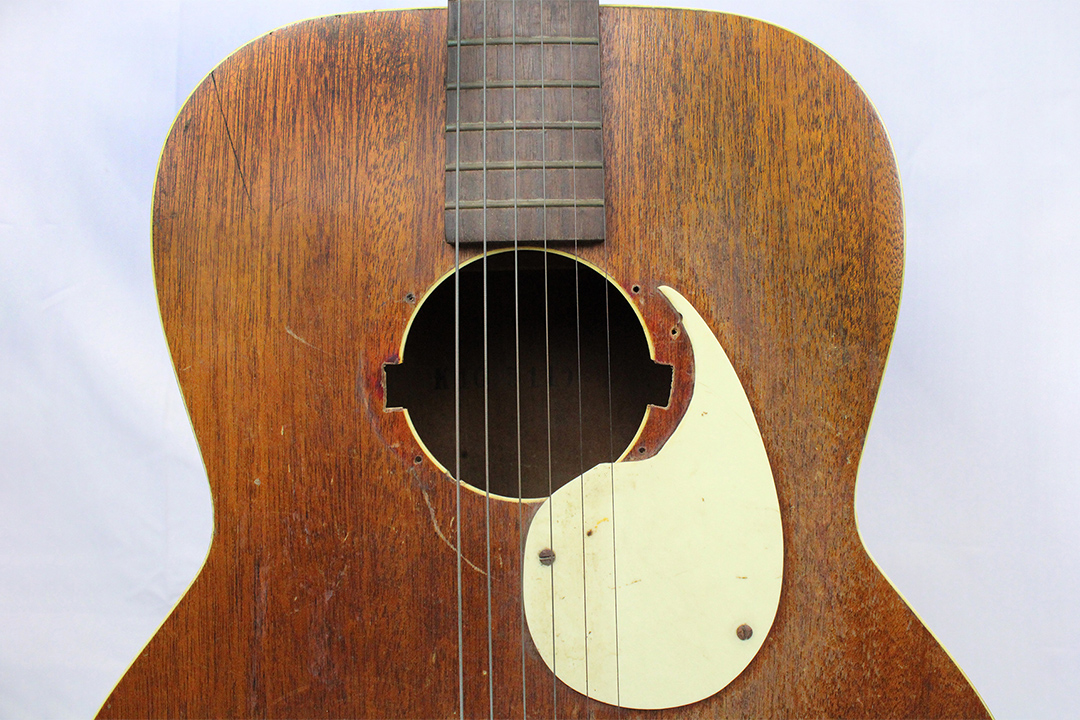 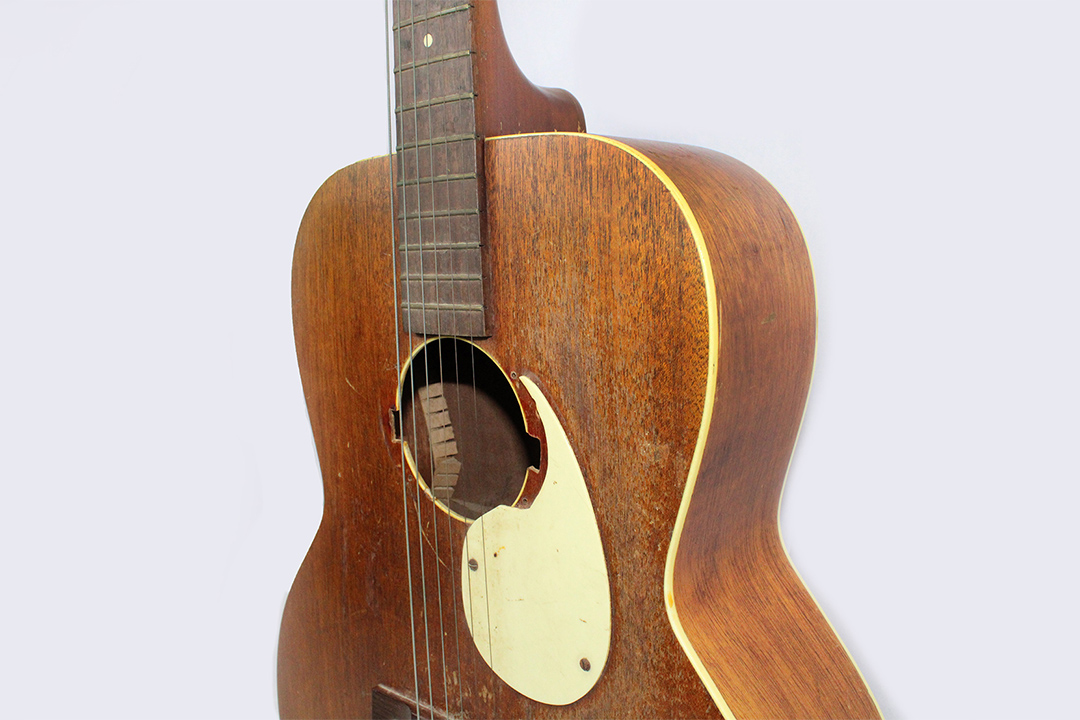 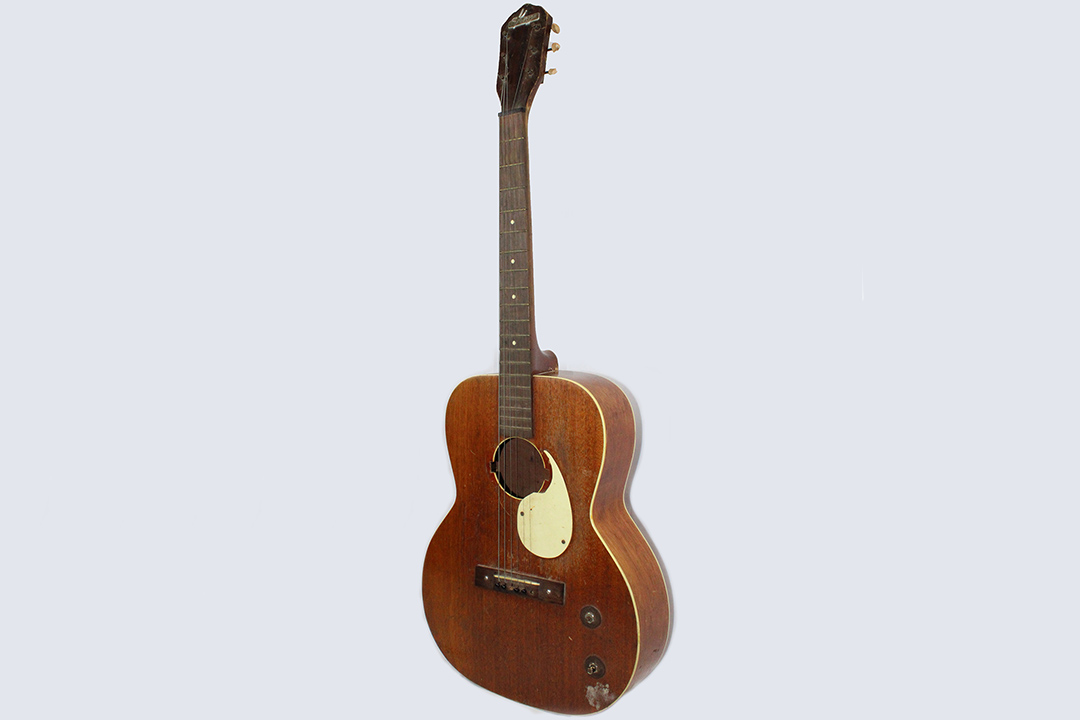 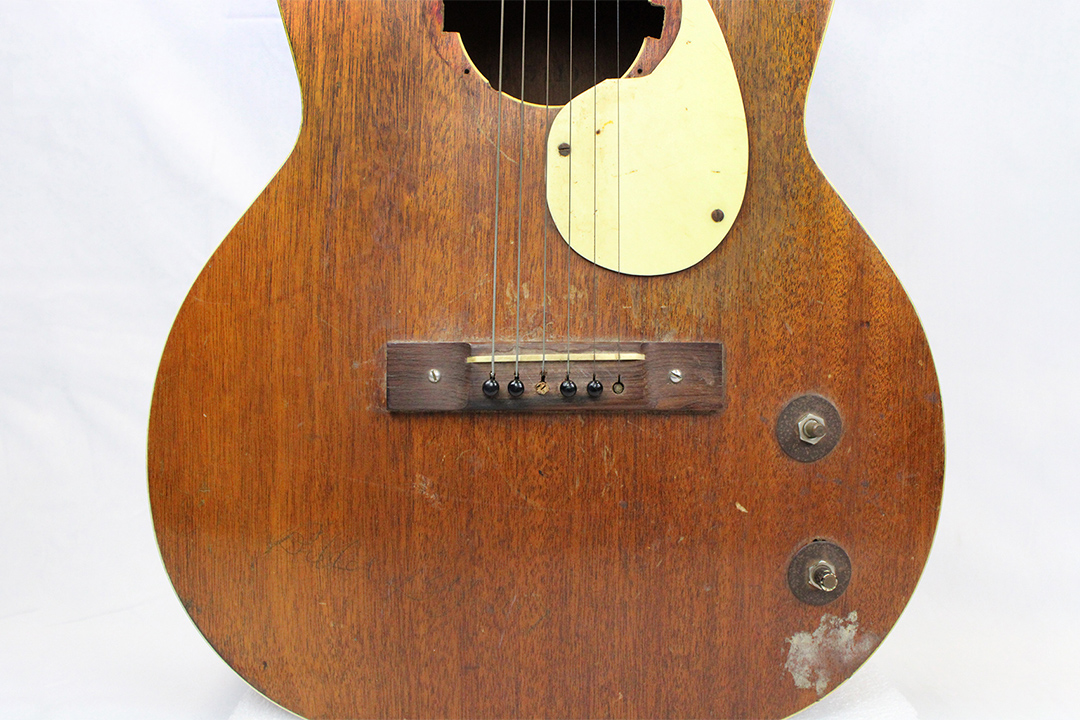 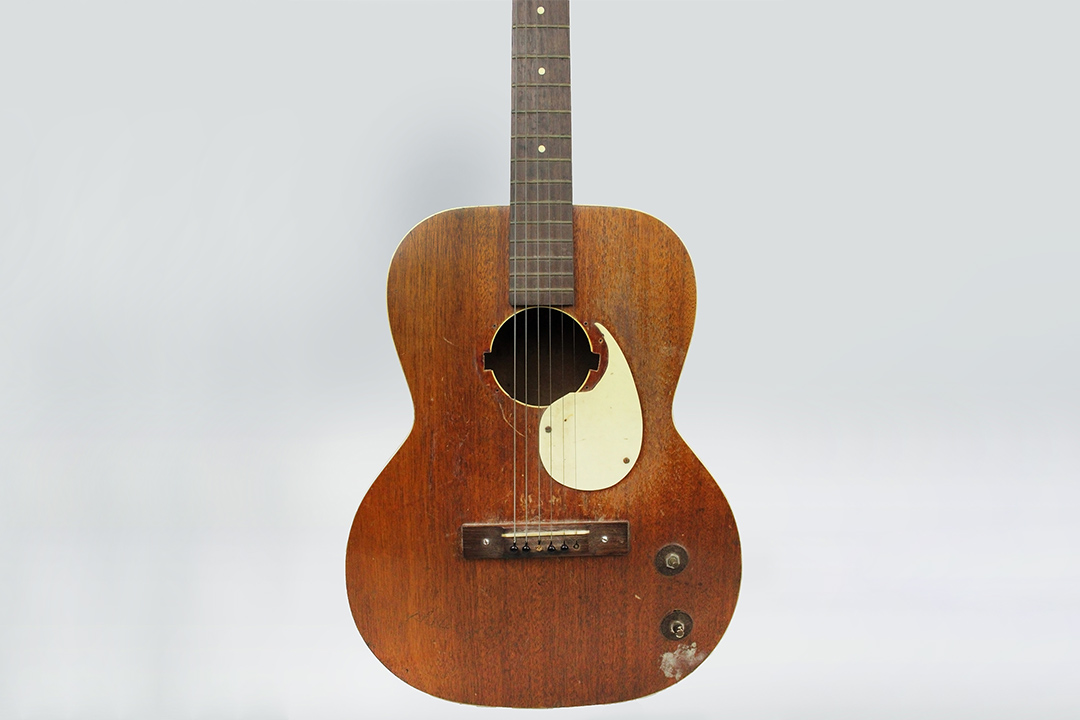 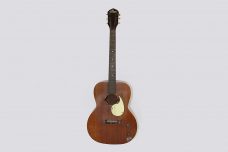 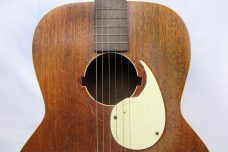 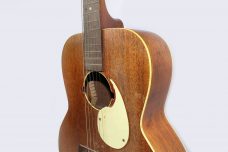 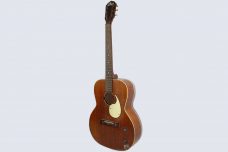 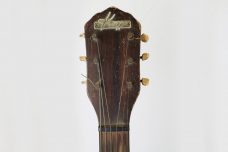 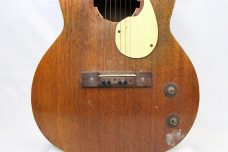 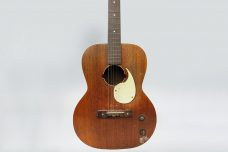 Influence on music and culture 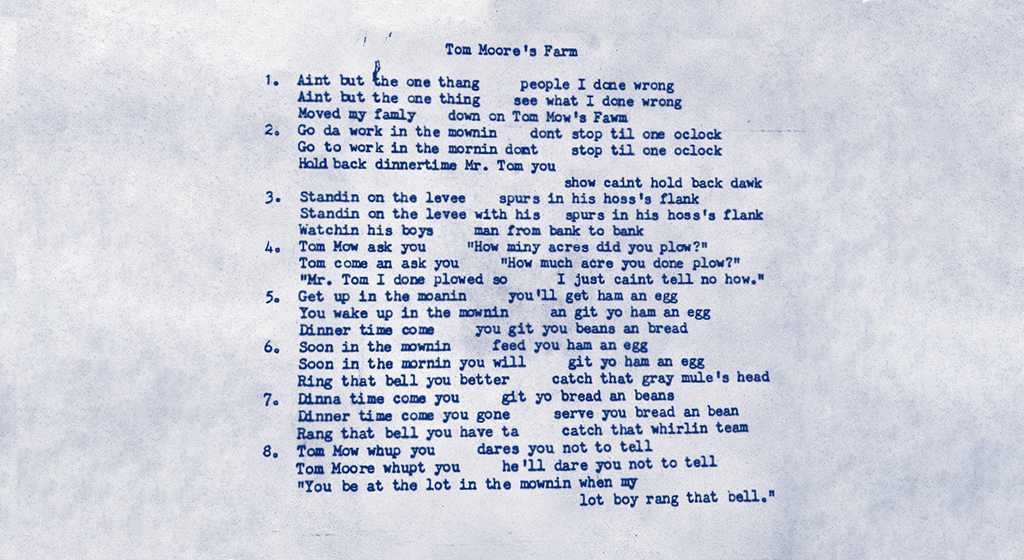 The blues have an incredible reach and influence on music and culture. Like jazz, blues music evolved and flourished as an American art form, and specifically an African-American art. Though blues music has some structural patterns and common themes, individual artists found ways to make their own styles stand out: a penchant for improvisation, a certain style to keeping rhythm, or even flipping a right-handed guitar to play the strings with the left hand.

The Mississippi Delta is credited as the birthplace of the blues, but it didn’t take long to get to Texas. Before taking on a young Lightnin’ Hopkins, Blind Lemon Jefferson played with Blind Willie Johnson, and they influenced contemporaries such as Alger “Texas” Alexander and Son Horse (who later taught famed Mississippian Robert Johnson).

For most of the first half of the twentieth century, blues music was often labeled as “roots” or “race music” and not considered for wider play unless it was from a white musician (for example, Elvis Presley). But when folk music began gaining popularity on both sides of the Atlantic, record producers and individual enthusiasts went searching for those founding artists. Blues musicians such as Hopkins, Lipscomb, Muddy Waters, and Howlin’ Wolf saw their careers revived for new audiences while Buddy Guy and B.B. King began their long careers; the style infused mainstream music acts from Nina Simone to Booker T. and the M.G.’s (and of course the Beatles and the Rolling Stones).