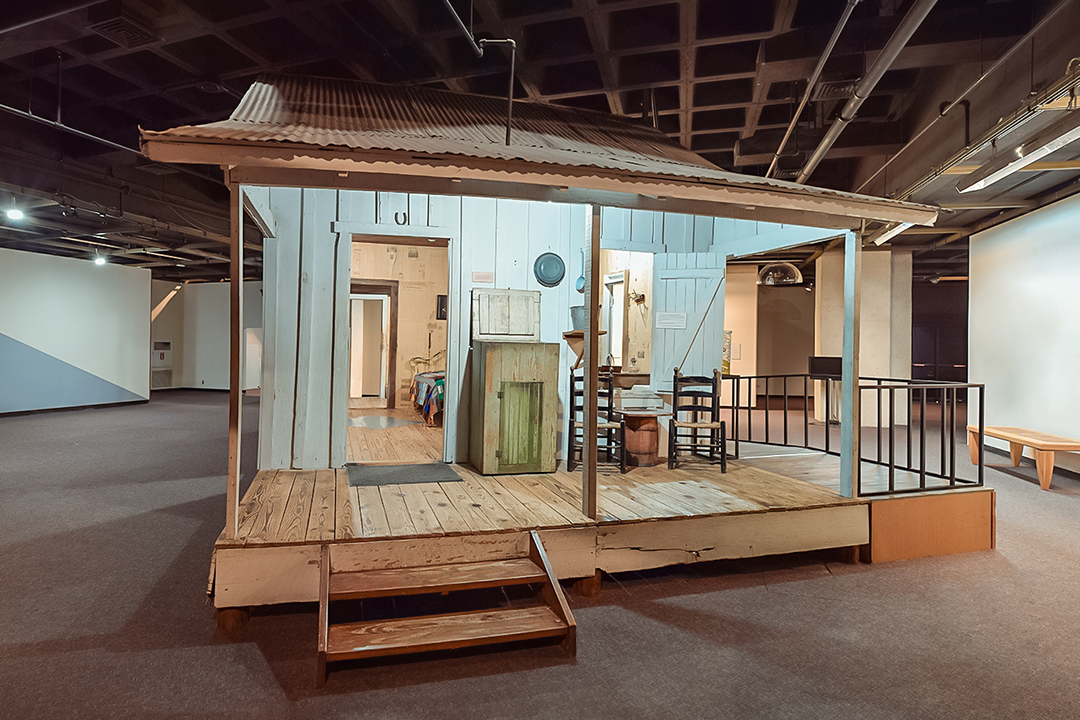 NOVEMBER 8, 2021 — A new digital exhibit from the UTSA Institute of Texan Cultures allows users to experience an interactive 360-degree walkthrough of one of the museum’s most treasured artifacts: the 100-year-old sharecropper cabin housed in the institute’s African American Texans section.

The interactive tour expands the ITC’s educational reach and grants access to the historic structure for a larger audience worldwide while sharing a better understanding of the history and role of sharecropping across the state and nation.

“It’s understood from research that sharecropping was a grueling and frequently oppressive system, and the experiences of Black, white and Mexican sharecroppers were under-explored or outright ignored,” said Veronica Garcia Rodriguez, interim head curator of the ITC. “This digital exhibition seeks to address those issues in a way that respects the people who lived the history while presenting those stories in a medium that both reaches new learners and inspires veteran visitors to experience a new facet of the exhibition.”

Sharecropping was a farming system developed as a solution to the sudden need for housing and jobs to freed women and men after the Civil War. The New Deal programs of the 1930s changed the course of sharecropping, and the first wave of industrialization attempted to modernize agriculture to make it more profitable. This ultimately helped bring the nation out of the Great Depression. As technology reduced the need for laborers, farming became corporatized, and the agricultural lifestyle for the everyday farmer became unsustainable, said Liz López, curator of education at the ITC.

“Human labor remained a necessary part of the agricultural industry, and fair wages and the dignity of the worker continued to be an issue into the 1950s and ’60s, finally inspiring the activism of César Chávez, Dolores Huerta, the United Farm Workers and other workers’ rights organizations,” López said. “The way we think of modernization and labor rights often does not connect the circumstances with the history, influence and role sharecropping played, and we’re hoping this exhibit can help connect them.”

In late 1979, the ITC exhibits team identified and acquired the sharecropper cabin, transporting it nearly 200 miles from Navasota, in the Texas Blackland Prairies near the Brazos River. They completed the installation at the museum in early 1980.

“From its earliest years, the institute has taken great pains to preserve Texas heritage,” said ITC Museum Education and Outreach Specialist Kirstin Cutts. “We were able to read the original exhibit scripts from the 1970s and how the house would be used to teach about this part of Texas history.”

Museum researchers studied the lives of people who worked in the cabin, researched the origins and functions of the objects within it and discovered snapshots of life captured in its walls.

“In 1979, an ITC researcher worked with Eugene and Anna Mae Bullard of Calvert, Texas,” said Cutts. “The Bullards were sharecroppers and their stories of life in East Texas brought an essential human depth and dimension to this story. The institute received several items from them which are now displayed in the cabin.”

“We had to translate all this content into a virtual environment,” Winston said. “The grant allowed us to purchase updated tools and technology so that we could build, experiment and iterate. We found a way to bring it all together.” 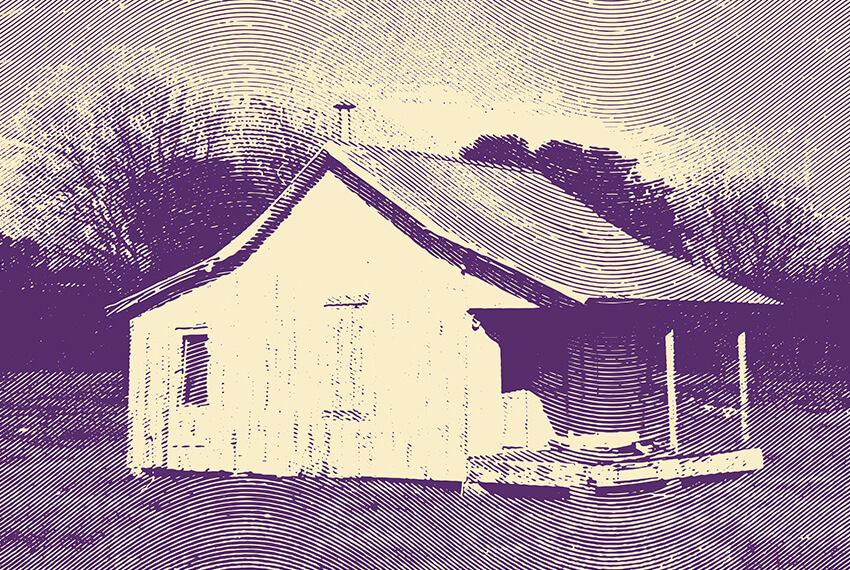 Within the digital environment, users can click on items such as a 1911 McDade Pottery brazier from Bastrop, an 1800s ladderback chair built by a slave known as “Old Dave” and an early 1900s railroad-style lantern from the R. E. Deitz company.

George Marez, a web developer with UTSA Libraries, worked to give the website and tour a visual language and identity with wood-cut images and needlework to recreate the exhibit’s historic context in the digital realm. While Marez’s work primarily focused on the technical and design aspects of the project, he took the time to understand the significance of the material presented in order to better understand potential users.

“I don’t remember sharecropping being taught much in schools, or it was just glossed over at best,” Marez said. “It’s not a tidy piece of history, but our ultimate goal was the tell the story in a new way so that we preserve it and make it available to a wider audience.”

“It was important to create an experience that tells a visual story of what it was like to live in this cabin,” Vasquez said. “I think just being inside the cabin felt like going back in time, and knowing there was a family who spent their lives and experiences there was humbling.”

Users can navigate the house by dragging the camera to pan left, right, up and down. They can change their positions inside or outside of the cabin, beginning at the front porch, then into the front room with three viewing angles into the kitchen, to the back of the house where the laundry and well bucket are kept and the side of the house where animal traps and canvas fieldworkers’ sacks are hung at the ready. All the while, users can click on objects inside the house to read or to listen to an oral history that brings the virtual space to life.

“Interactive and immersive environments allow us to tell Texas stories in new and innovative ways,” Garcia Rodriguez said. “We only hope to continue preserving the state’s rich cultural heritage, while also reaching greater audiences in both our physical and digital spaces.”

The UTSA Institute of Texan Cultures gives voice to the experiences of people from across the globe who call Texas home, providing insight into our past, present, and future. A unit of the Senior Vice President for Academic Affairs at The University of Texas at San Antonio, the ITC is a Smithsonian Affiliate. The 182,000-square-foot complex features 45,000 square feet of exhibit space and five re-creation Texas Frontier period structures on the UTSA Hemisfair Campus in downtown San Antonio. Resources for multiple audiences are available at TexanCultures.utsa.edu.