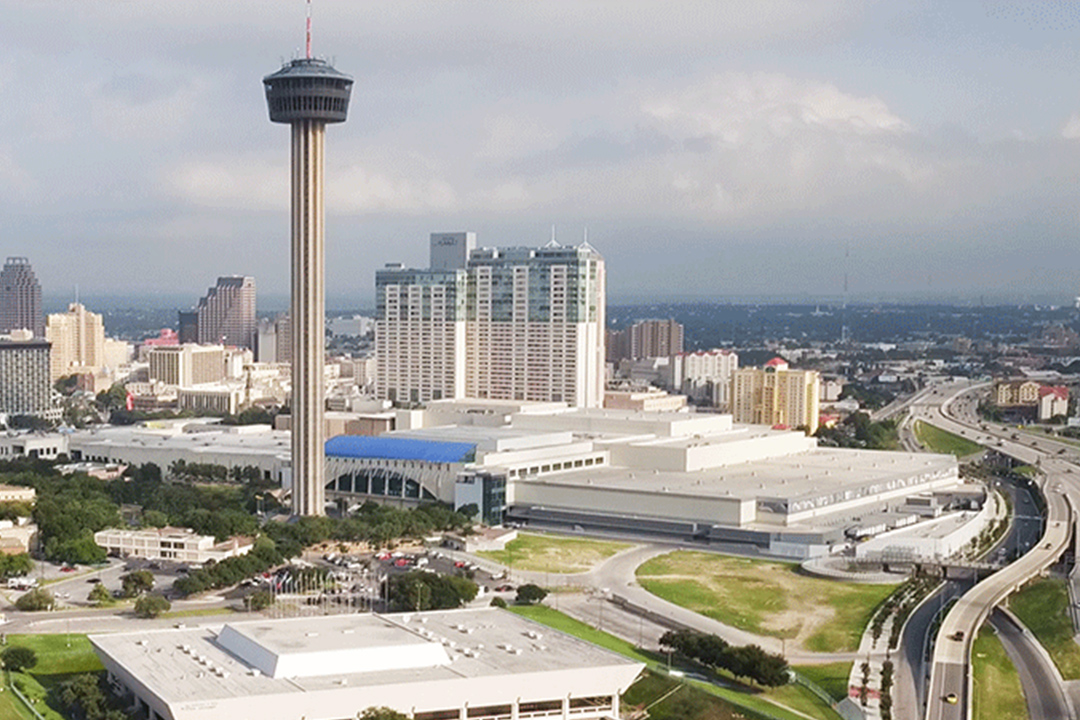 JUNE 10, 2021 — UTSA today announced the members of the steering committee and task forces who will advance its ITC Centennial 2068: Community Stakeholder Visioning Plan. Through this robust community engagement process, the university seeks to provide current and future generations with a greater awareness of and appreciation for Texas’ unique cultural heritage by expanding the Institute of Texan Cultures’ research and storytelling through new programming, greater use of technology, and the exploration of topics at the intersection of culture and current events to engage Texans in every corner of the state across their lifespan.

The announcement was made in conjunction with a morning kickoff event at the Mexican Cultural Institute, near the ITC in San Antonio’s Hemisfair district.

“The ITC has played an important role in San Antonio’s history, and we will ensure that San Antonians have a voice in its future.” 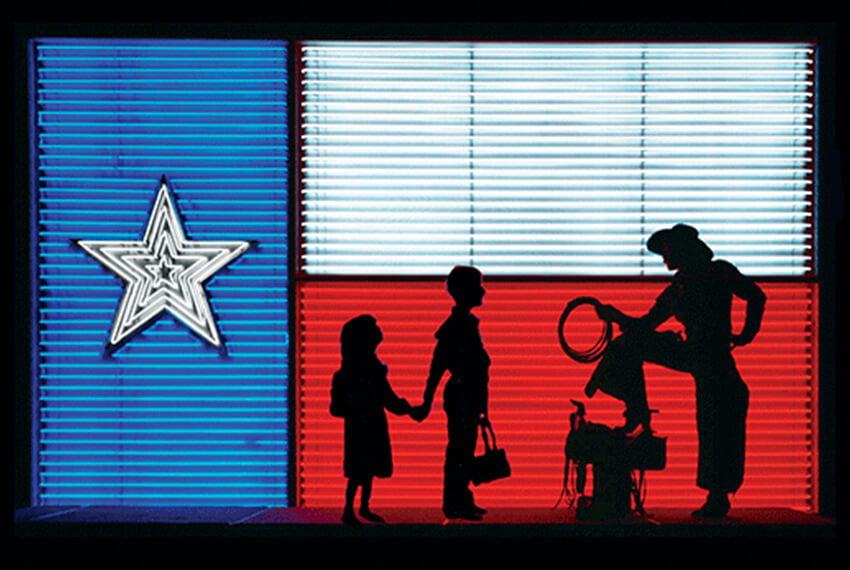 “Just as great cities and states need great universities, ITC Centennial 2068 further advances the bold idea that Texas, San Antonio and UTSA all want an Institute of Texan Cultures that flourishes for the next 50 years and beyond,” said UTSA President Taylor Eighmy. “We are so excited to commence this broad stakeholder visioning process and work collaboratively with our partners and our community to envision the gem that the ITC can be.”

The visioning process will be grounded in the work of three task forces: “Museum of the Future,” Community Engagement and Sustaining Support, and Facility and Land Stewardship. The task forces — and the overall visioning process — will be shepherded by a steering committee led by Sabrina Avila, vice chair of the ITC Advisory Council, and Carlos Martinez, chief of staff and senior vice president for institutional strategic planning, compliance risk management, and office operations for UTSA. Each task force will be supported in an ongoing manner by consultants who are qualified and accomplished experts in their respective fields. These subject matter experts will aid the task forces in gathering and reviewing needed information, selecting and considering peer institutions that might guide their efforts, evaluating data and generating feasible recommendations.

The “Museum of the Future” Task Force will be charged to consider how the ITC can provide engaging and distinctive learning experiences for both visitors to the San Antonio facility and K–12 school children throughout the state to enable better understanding of the rich tapestry of Texan cultures, as well as new thinking about our future as Texans. Chris Torgerson, tour and volunteer coordinator and museum educator for the San Antonio Museum of Art, and Veronica Rodriguez, interim head curator of the Institute of Texan Cultures, will serve as co-chairs for the “Museum of the Future” Task Force. Museum expert and multidisciplinary scholar Susana Smith Bautista will serve as subject matter expert to the task force.

The Community Engagement and Sustaining Support Task Force — co-chaired by Darryl Byrd, president of advisory and consulting practice ULTRAte Strategy, and Karl Miller-Lugo, vice president for development and alumni relations for UTSA — will focus on how to deepen and broaden engagement to enhance the ITC’s impact as the only resource in Texas devoted entirely to the state’s cultural history. The task force will further explore potential opportunities to leverage the ITC’s exhibits, programs and/or collections to generate philanthropic, partnership and engagement resources to advance its success. Carl Hamm of fundraising consulting firm Alexander Haas will assist the task force.

Matt Brown, president and CEO of Centro San Antonio, and Veronica Salazar Mendez, chief financial officer and senior vice president for business affairs for UTSA, will lead the Facility and Land Stewardship Task Force. This task force will consider how the ITC contributes to the vision of Hemisfair and the ongoing vitalization of downtown San Antonio and, further, how the university can leverage the ITC’s location to fully engage stakeholders and optimize benefit to both the community and the ITC. The task force will be supported by museum planning consultant Marcy Goodwin, placemaking expert Phil Myrick, and the Urban Land Institute, a nonprofit education and research organization focused on land use planning and development. 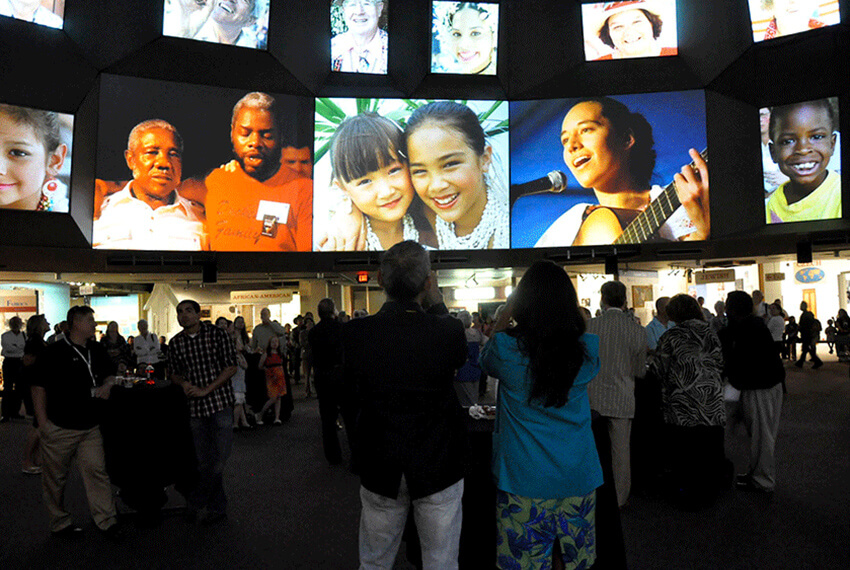 “We are so grateful to these community leaders for their service to the ITC and our community,” said UTSA Provost and Senior Vice President for Academic Affairs Kimberly Andrews Espy, who is overseeing ITC Centennial 2068. “Their commitment to deepen and broaden the ITC’s engagement with our communities as an exemplary cultural heritage institution will help ensure that the ITC continues to thrive and define for future generations what it means to be a Texan.”

“The ITC is an essential part of the current redevelopment of Hemisfair and will contribute positively and impactfully to its long-term vision,” she said. “Our well-conceived roadmap will allow the institute to grow and flourish alongside Hemisfair and support the revitalization of our downtown core.”

UTSA introduced ITC Centennial 2068 in January 2021 to further advance the university’s efforts to provide current and future generations with a greater awareness of and appreciation for Texas’ unique cultural heritage. In May, the university announced the selection of Houston-based Lopez-Negrete Communications as facilitator to coordinate the work of all of the task forces and the entire visioning process, with support from Damon Williams of Houston-based public relations firm TouchPoint Strategies and Mari Aguirre Rodriguez of San Antonio-based consulting firm Opt In Experts.

“The steering committee and task forces are committed to working faithfully with these expert facilitators to create a robust public engagement process for ITC Centennial 2068,” said Avila. “The ITC has played an important role in San Antonio’s history, and we will ensure that San Antonians have a voice in its future.”

In addition to Avila, several ITC Advisory Council members are serving as members of the ITC Centennial 2068 steering committee and task forces: Mary Alice Cisneros will serve on the steering committee; G.P. Singh, chair of the Advisory Council, and Anita Fernández will be members of the Community Engagement and Sustaining Support Task Force; Rebeca “Becky” Barrera and Epitacio Resendez are joining the “Museum of the Future” Task Force; and Alicia Treviño and David Cohen will serve on the Facility and Land Stewardship Task Force.

“Rooted in the indigenous world and founded in the aftermath of the Conquest of Mexico, the saga of Texas is the other great American origin story,” said John Phillip Santos, university distinguished scholar in Mestizo Cultural Studies in the UTSA Honors College and member of the steering committee. “Indeed, the story of Texas is truly cosmic and ever-evolving, and we’re all invigorated by the promise of expanding the ITC’s voice and storytelling mission. At the ITC, people are invited to deepen their understanding of the rich tapestry of world cultures that are woven into our state’s story. With its rich history, the Institute will be an important venue to support new dialogues around all of the historical and cultural perspectives that foster fresh, vital thinking about our future as Texans — and what Texas has to say about being American.”

Additional information on the visioning process is available on the ITC Centennial 2068 Visioning website. To stay informed of upcoming public engagement events as they are announced, email ITC2068@utsa.edu.

UTSA Today is produced by University Strategic Communications, the official news source of The University of Texas at San Antonio. Send your feedback to news@utsa.edu.

Back To News
Join Our Newsletter!
Get the latest news & updates about ITC.
Sign-Up Today!