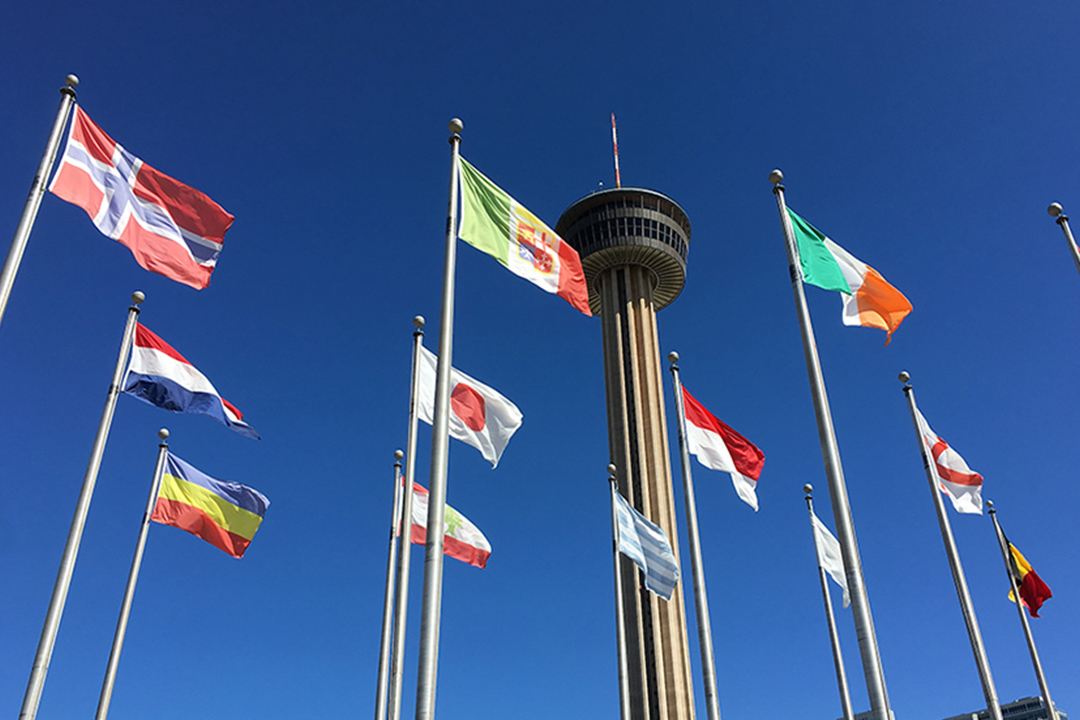 (San Antonio, Jan. 29, 2021) — The University of Texas at San Antonio today announced the launch of ITC Centennial 2068: Community Stakeholder Visioning, a robust community engagement process to envision the next 50 years of the Institute of Texan Cultures and its museum, the only resources in Texas devoted entirely to the state’s rich, diverse history. The effort will further advance the university’s efforts to provide current and future generations with a greater awareness of and appreciation for Texas’ unique cultural heritage.

Through the community visioning process, UTSA will gather the best ideas from San Antonians and other stakeholders who share the university’s commitment to further grow the institute’s dynamic cultural resources for the benefit of Texans and lifelong learners everywhere. The process will also identify other successful museums and cultural institutions that can be used as peer exemplars for learning, benchmarking and goal-setting during and after the visioning process.

“The Institute of Texan Cultures has been integral in bringing together generations of Texans to learn about and celebrate our shared heritage,” said State Sen. José Menéndez. “I look forward to working with UTSA and our community to create a state-of-the-art ITC experience that further builds upon the diversity of Texas.”

“UTSA and San Antonio have a tremendous opportunity to shape the way Texas preserves and shares the story of its rich cultural history,” Kimberly Andrews Espy, UTSA Provost and Senior Vice President

“The institute and its museum are irreplaceable centers of knowledge and discovery that uniquely share the story of Texas’ cultural history and diversity,” said UTSA President Taylor Eighmy. “Our goal is to ensure that the ITC continues to thrive, is self-sustaining, and delivers robust programs that capture the interest and imagination of Texans of all ages – now and for the next 50 years.”

The initiative will seek recommendations from the community to shape the future of the museum and develop compelling new experiences. In the coming weeks, UTSA expects to announce the members of the ITC Centennial 2068 steering committee and to form potential task forces focused on at least five areas including:

“UTSA and San Antonio have a tremendous opportunity to shape the way Texas preserves and shares the story of its rich cultural history,” said UTSA Provost and Senior Vice President Kimberly Andrews Espy. “We are energized by the opportunity to collaborate with the community to clearly define a long-term vision and capitalize on all the assets of the institute and its museum to create engaging new experiences.”

The community visioning initiative will be overseen by Espy and will include an external facilitator to lead community discussion and engagement. The facilitator will be selected through an RFP (request for proposals) process conducted by UTSA and will support the university’s engagement with groups including the ITC Centennial 2068 steering committee and its task forces, the Urban Land Institute, local community organizations and placemaking consultants, among others. Members of the ITC Advisory Council and other interested individuals are encouraged to submit nominations for the committee’s task forces.

“Our ITC Advisory Council and friends of the ITC are invigorated by the promise of this community stakeholder visioning process and by UTSA’s commitment to ensuring the institute and its museum thrive for the benefit of our community,” said Avila.

The Institute of Texan Cultures opened during the 1968 World’s Fair, known as Hemisfair ’68, as the Texas State Exhibits Pavilion. The international event coincided with the 250th anniversary of the founding of San Antonio in 1718 and led to the growth of the Alamo City’s downtown core, the expansion of its River Walk and a focus on becoming a world tourism destination.

Research gathered for the World’s Fair enabled the ITC to begin sharing the origins of various groups of people that moved to Texas and the contributions they made to diversifying the state. Notably, the institute launched first-of-its-kind research into the history of the region’s Mexican Americans. Since that time, its resources have vastly expanded to represent the many cultures that comprise Texas.

After the World’s Fair, the museum was transitioned to the University of Texas System to continue to serve as a platform for diversity, multiculturalism and education. In 1973, the U.T. System entrusted UTSA to steward the ITC and in 1986 its Hemisfair property was designated a UTSA campus.

Since Hemisfair ’68, the ITC and its museum have given voice to the experiences of people from across the globe who call Texas home by providing insight into their past, present and future and showcasing the uniqueness and beauty of the many cultures that comprise Texas. The institute offers compelling programs, unique learning and research opportunities and one of-a-kind archives designed to educate, entertain and inspire.

UTSA intends to expand the institute’s research and storytelling through new programming, greater use of technology and the exploration of topics at the intersection of culture and current events, creating a museum of the future in the city of the future.

“UTSA is deeply committed to further growing the Institute of Texan Cultures over the next 50 years by incorporating new voices and new expressions of culture,” said Veronica Rodriguez, ITC interim head curator. “Ultimately, we want to make the museum experience more accessible and more compelling so Texas’ rich cultural tapestry can be shared with as many people as possible, whether they choose to engage with the institute virtually or by visiting its museum.”

Learn more about the ITC community visioning process at the Provost Website.

UTSA Today is produced by University Strategic Communications, the official news source of The University of Texas at San Antonio. Send your feedback to news@utsa.edu.